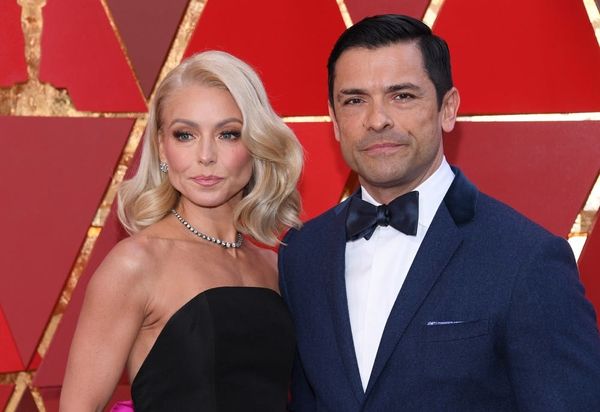 Kelly Ripa and Mark Consuelos have each other’s backs, always. After social media trolls criticized a bikini shot the Riverdale actor posted of Ripa over the weekend, he popped into his own comments section to speak out in her defense.

The couple, who have been married for 21 years and are still crazy in love, shared pics of each other in swimsuits while on a spring break vacation. (“Not a bad view in sight,” Ripa captioned one shirtless beachside snap of her hubby.) But some of Consuelos’ followers took issue with a photo he shared on Sunday, which showed his 47-year-old bikini-clad wife, whom he called “the sexy one,” wading in the crystal-blue water.

A few commenters body-shamed the Live With Kelly and Ryan host, while others hurled backhanded ageist insults about whether it was appropriate for her to wear a two-piece.

Consuelos, who said he initially “wanted to be above it,” clapped back at the haters and fiercely defended the mother of their three children: Michael, 20, Lola, 16, and Joaquin, 15.

“I posted this pic of the woman I most admire. As a playful tribute to my wife who I’m proud of in endless ways,” he wrote in a comment on the photo. “She works extremely hard in her professional life and her commitment to exercise, healthy diet is admirable and the benefits show… Yes she’s wearing a bikini at age 47 and will no doubt wear one for many years to come.”

The 46-year-old then went on to share an even stronger message. “If that offends you in some way, if it triggers you, or some other psychosis you’re suffering from, I suggest you get over it and get used to it,” he wrote. “To all the males that had something negative to say… I suggest you bring it up with me if I’m ever lucky enough to run into you. I’m going to get back to my vacation now. Thanks for allowing me to express myself.”

He added a direct shout-out to Ripa, too, writing, “I love you @kellyripa…keep killing it.”

Counselos himself was the victim of body-shaming earlier this month, when social media users poked fun at his 5-feet-8-inch frame in the comments of a #fbf Instagram shot shared by Ripa. “Please tell me how it is I can try to look taller,” he replied to one person. “I’m dying to know.” Ripa stood by her man, adding cheekily, “He’s tall where it counts babe.”