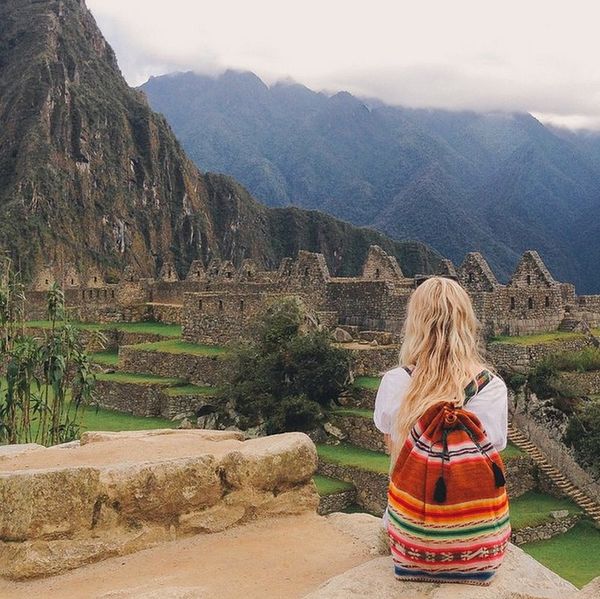 We know half the nation basically looks like a scene out straight out of Frozen right about now, but as crazy as it may seem, spring break is actually just around the corner. Red solo cups, teeny tiny bikinis, all that jazz. But if the thought of beer pong tournaments and a marathon of hangovers doesn’t sound like your kind of vacay, why not use the week-long holiday to embark on a “spring break” trip of a more unconventional kind? Here are 10 places that won’t be swarmed with drunken beach parties come April.

1. Kauai, Hawaii: Nicknamed the “Garden Isle,” this tropical paradise is kind of like Oahu’s laid back cousin. If you’re looking for some serious jungle hikes, gorgeous snoreling opportunities and epic ziplining, head on over to this 552-square-mile island. (Photo via @paulineetbounty)

2. Guanacaste, Costa Rica: Nestled in the Northwest of Costa Rica lies the cattle-ranching province of Guanacaste. The area is known for extravagant ragtag rodeos, but it’s also famous for its gorgeous beaches. If you need a break from the beach, explore the lush jungle or head to a hot spring where you can coat yourself in volcanic mud then jump into the naturally occurring bath water below. (Photo via @ariellelikestocook)

3. Phuket, Thailand: This is definitely a long flight for a week-long vacay, but if you’re able to tack on a few extra days it’s definitely worth the journey. What you’ll spend in flights you’ll more than get back in affordable food and accommodation. Explore ornate temples, bustling night markets and definitely make the trip over to the neighboring Phi Phi Island for some incredible beaches. Phuket is known for having a prominent nightlife scene, but hey, if you do end up having one too many drinks, treat yourself to an inexpensive massage first thing the next morning. (Photo via @peterjetp)

For the City Slicker

4. New Orleans, Louisiana: If you’re looking for a little bit of party/culture balance, head on over to this soulful city. Spend your days eating your way through the French Quarter, hitting up spooky cemeteries and saying hello to a few alligators on a swamp tour of the Bayou. Once the sun goes down, head on over to Bourbon Street for a little bit of rowdy fun. (Photo via @emilyann82)

5. Amsterdam, Netherlands: It’s definitely not going to be a sun-soaked spring break, but the scenery is sure to more than make up for the low temperature. Amsterdam is actually a relatively small city, and a week will give you plenty of time to take in all the major attractions the city has to offer. Shop among the locals at the Albert Cuyp Market, tour Anne Frank’s house, sip on a beer along the canals and bike everywhere! (Photo via @pekejunior)

6. Austin, Texas: This city has been gaining attention for the last few years due to events like ACL and SXSW. With some definite southern charm, but not an overwhelming amount, Austin is a great city to explore if you’re a Texas newbie. Relax on the grassy hill of Barton Springs, do some thrift shopping in South Congress and by god, eat all the barbecue you possibly can. (Photo via @365thingsaustin)

7. Cusco-Sacred Valley, Peru: Fly right on over gimmicky Cabo San Lucas and head a little further south to this Amazon wonderland. If you only have about a week, head straight for this countryside spot that’s dotted with villages and ruins, which are linked by trail and solitary railway tracks. Be sure to make the journey up to the country’s biggest draw, Machu Picchu. (Photo via @breenelson)

8. Sedona, Arizona: If you’re up for some epic desert landscape and intense hikes, head west to the red rock-filled city of Sedona. Delve into the 16-mile gorge that is Oak Creek Canyon, take a ride down a natural water slide in Slide Rock State Park (although it will be pretty chilly) and venture into town to check out all the art galleries and restaurants. (Photo via @mrsgilbee)

9. Big Sur, California: Gather up a group of friends and take a road trip along Highway 1. Set up camp in Big Sur, where you can slip off into the redwoods and take in endless coastal views. Head about an hour north and spend an afternoon at the Monterey Bay Aquarium and wandering around Carmel. (Photo via @hseblog)

For the Sporty Gal

10. Steamboat Springs, Colorado: Forget about warm beaches and spend the week shredding down the snowy mountains of Colorado. When you’ve had enough snowboarding or skiing, hit up the dozens of hot springs throughout the area or take a moonlit snowshoeing tour. (photo via @laluna.8)

Do you have a trip planned for spring break? Where are you headed? Share with us in the comments below.