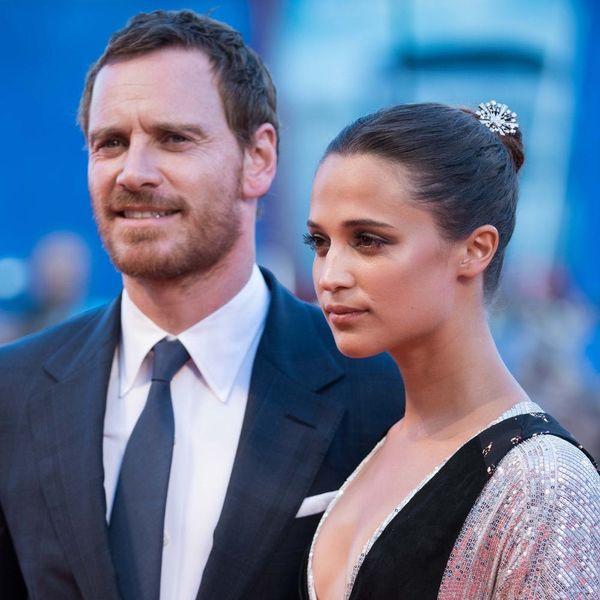 Congratulations are apparently in order for Alicia Vikander and Michael Fassbender! According to reports from outlets including People and E! News, the notoriously private couple tied the knot in Ibiza over the weekend.

The 40-year-old Assassin’s Creed actor and the 29-year-old Oscar-winning Danish Girl actress are incredibly tight-lipped about their relationship, but Fassbender confirmed that they were an item on Good Morning America last year, saying, “We met on that job [The Light Between Oceans] and have been seeing each other since.”

“Seeing each other” quickly turned into something much more serious.

The two were reportedly spotted celebrating their nuptials with a large group of what appeared to be friends and family at La Granja on Saturday. The day before, on Friday, the same group was spotted having lunch on the beach before heading out on a cruise, where Fassbender showed off his action-star moves by diving off the back of the boat.

Vikander also spent some time on the beach, spinning around gleefully in a white dress and taking pictures, while her fella dug up shells. At sunset, the crew hopped onto a sailboat.

On Sunday, The Daily Mail posted photos of the pair enjoying what appeared to be a post-wedding brunch. In the pics, both stars sport rings — a simple gold band for him and what looks to be a diamond ring for her. Although, TBH, the bling pales in comparison to the bright smiles on their faces.

Together for three years, the two sparked engagement rumors at the beginning of September, shortly after they were spotted enjoying a PDA-filled vacation in Ibiza.

If you were famous, would you attempt to have a secret wedding? Let us know @BritandCo!