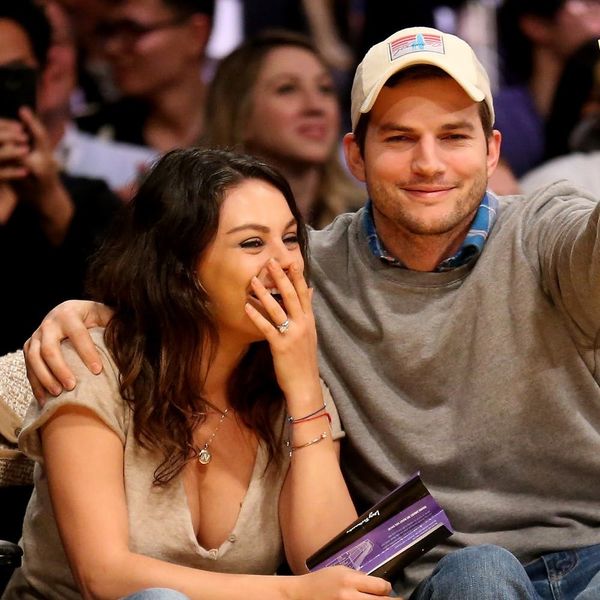 It looks like Mila Kunis will only have to worry about her two kids, Wyatt Isabelle and Dimitri Portwood, finding out about her movies — the actress says that she and her hubby, Ashton Kutcher, are done having children.

The A Bad Moms Christmas actress, who married her That ‘70s Show co-star back in 2015, says that as far as she’s concerned, her family is complete. “I will only have two,” she told People.

As it turns out, she’s got some pretty relatable reasoning behind her decision. “I have heard [moving from] two [kids] to three is the hard [jump],” she explained, adding, “[It’s hard] when they outnumber you…. right now, we’re fine. One hand, one hand. One eye, one eye. Two people, two kids.”

The celeb also admits she feels like she’s still learning the ropes of being a mom, saying that although she’s “never had guilt over [her parenting] decisions,” she can, at times, make a bigger deal out of things than she feels is necessary. “The only thing I’ve ever felt guilty about, and I actually apologized to my three-year-old, is when I overreact.”

Apparently dealing with a “short fuse,” it’s something that she’s trying to work on. “I’ll walk away, and I’ll come back, and I’ll sit [Wyatt] down and I’m like, ‘I’m really sorry. Mommy overreacted. Do you forgive me?’ And she’s like, ‘Yeah, I forgive you.’ Whether she understands what just happened or not, I want her to know that I’m as flawed as she is.”

Flawed or not, it sounds like Kunis is doing a great job at being a loving mama to little Wyatt and Dimitiri. And while they might not be able to look forward to another sibling in the future, we’re sure this family is perfectly happy as a fabulous foursome.

How many kids do you have or hope to have? Can you relate to Kunis’ worry about being outnumbered by more children? Let us know @BritandCo!

Desiree O
Desirée O is a ‘Professional Bohemian’ who loves anything and everything related to the arts, entertainment, and pop culture. She ADORES being a ‘Newsy’ for Brit + Co, covering all of the latest tidbits of awesomeness that you want to read about. When she’s not writing, she’s either making messy art, going on long adventurous walks with her camera, or poking around over at bohemianizm (http://www.bohemianizm.com/). You can find out about Desirée O and her work at http://DesireeO.com/ or follow her on Twitter @DesireeO.
Celebrities
Celebrity News
Celebrities Parenting