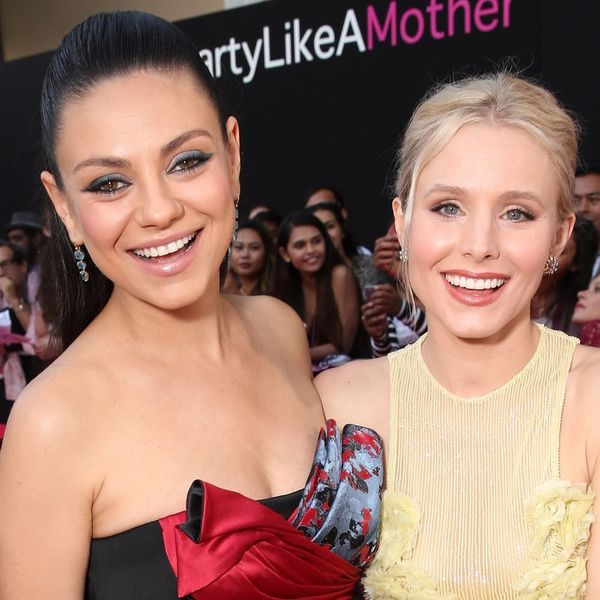 The duo, who have been spending plenty of time together doing press promotion for the new film, A Bad Moms Christmas, showed off the next big thing in BFF-ery: haircuts!

Bell, 37, showed off their lookalike styles via Instagram, with both women’s wavy bobs (AKA the hairstyle of 2017) hitting just below the chin. The Veronica Mars star labeled the pic with a simple “Friendship haircuts,” adding in a few heart emojis.

Hairstylist Renato Campora gave us a better glimpse at his handiwork for Kunis, posting a shot of what he calls her “slightly asymmetrical ‘60s bob.”

The styles appeared just slightly shorter than the length they were rocking when we sat down to chat with them at a press junket in Chicago earlier this week, when Kunis’s locks were just barely grazing her shoulders. It’s official: We’re suddenly itching to the hit the salon side-by-side with our bestie!

What do you think of the ladies’ matching looks? Tell us over @BritandCo.

Nicole Briese
Nicole is the weekend editor for Brit + Co who loves bringing you all the latest buzz. When she's not busy typing away into the wee hours, you can usually find her canoodling with her fur babies, rooting around in a bookstore, or rocking out at a concert of some sort (Guns N' Roses forever!). Check out all her latest musings and past work at nicolebjean.com.
Celebrity Hair
Hair
Celebrity Hair Haircuts