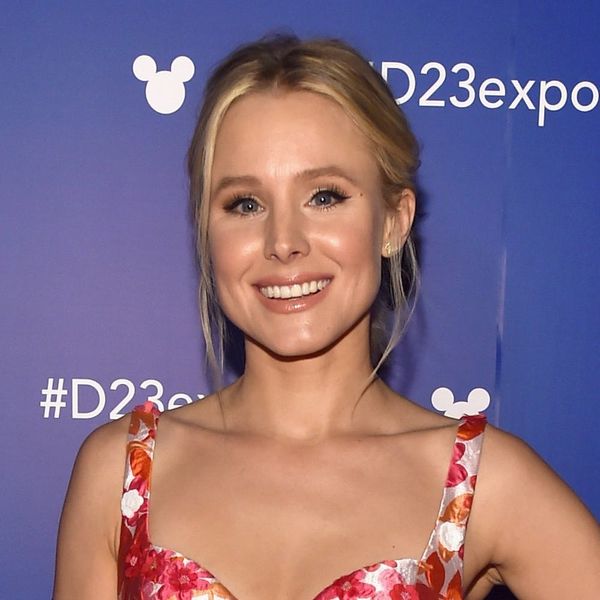 Kristen Bell is pretty busy these days: She’s currently promoting her new film, A Bad Moms Christmas, while simultaneously starring in NBC’s The Good Place, not to mention being a full-time mom and wife (and, hey, it takes a LOT of effort to drag husband Dax Shepard’s La-Z-Boy out of the living room over and over). But the 37-year-old actress admits there’s one project she’s committed to making time for no matter what: another Veronica Mars revival!

The Ralph Breaks the Internet: The Wreck-It Ralph 2 actress’s co-star Ryan Hansen (Dick) appeared in a Facebook Live interview with IndieWire on Wednesday, and when a viewer asked the question on everyone’s mind of whether or not there would be more Veronica Mars in the future, he got Bell herself on the phone.

“Rob [Thomas, the show’s creator] and I are sort of in constant contact about when we could do it again,” she said. “There’s a lot of willingness and commitment to doing it again.”

The original Veronica Mars series ran for three seasons from 2004-2007 on UPN/CW, and in 2014, a crowdfunded feature film was released, much to fans’ delight.

Though she’s currently committed to her The Good Place contract, the mother of two did elaborate on some of the discussions that have already been had about a revival. “Personally, and I think that Rob probably agrees that, a) We’ll never make the fans pay for it again, and b) The format works better in an episodic, where you get a little more of it,” the Frozen 2 star said. “So we want to do a miniseries. We are willing to put the effort in.”

The bad news is that a reboot might not happen for quite some time.

“I mean, if I have to do it as Murder, She Wrote at 80, we’re going to do it,” our favorite TV detective assured. “It’s going to happen.” We’ll be on standby!

Are you excited about the possibility of more Veronica Mars? Let us know @BritandCo!