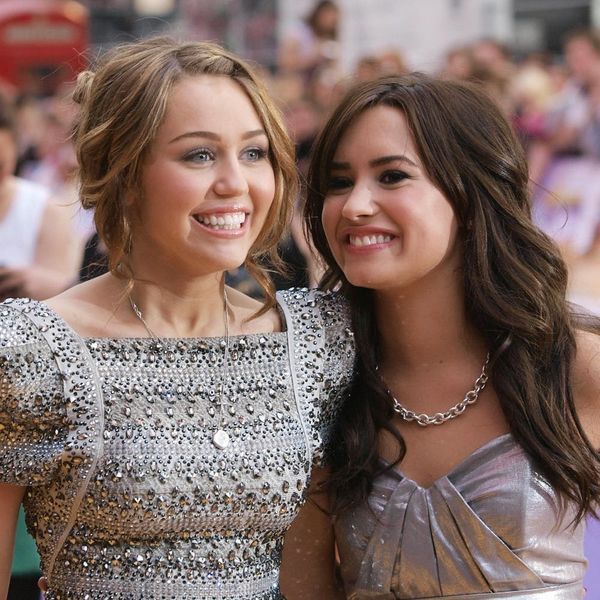 Once upon a time there were two BFFs that had plenty in common and lots of fun together. Years later, they ran into each other and it was… well, super awkward. We’re talking about Miley Cyrus and Demi Lovato, whose recent accidental meeting was wildly cringe-worthy… and, obvs, caught on video.

Around a decade ago, both Miley and Demi were young Disney stars just breaking into the biz. Their lives were unusual to other people, but the two understood each other in a way many others couldn’t, so it was natural they’d be friends.

Seriously, how adorable were these two?

But plenty of time has passed, and since then, Miley and Demi have grown apart. It’s something that happens to pretty much all of us from time to time, but when you both happen to be in the public eye, people are going to notice your cringe-worthy reunion.

That’s what happened when Miley and Demi ran into each other at the historic women’s march. Of course, folks were there to capture the entire sitch on video so we can all bask in the extreme awkwardness.

Here’s how it all went down: As the two celebs are hanging within the crowd, they run into each other. Demi gives Miley a greeting, to which Cyrus replies, “Hey! How are you? Happy New Year!” They exchange a brief hug before Miley quickly turns away and says to whoever, “Dude, I’ve had to pee so f–king bad and there’s nowhere to go, and it’s just so gnarly.”

Though it doesn’t seem like there’s any bad blood between these two, it also doesn’t look like Miley and Demi will be re-sparking their BFF status any time soon.

What did you think about Miley and Demi’s reaction to running into each other? Tweet us @BritandCo!