Ladies Owned the Night in Pantsuits on the 2018 Grammys Carpet 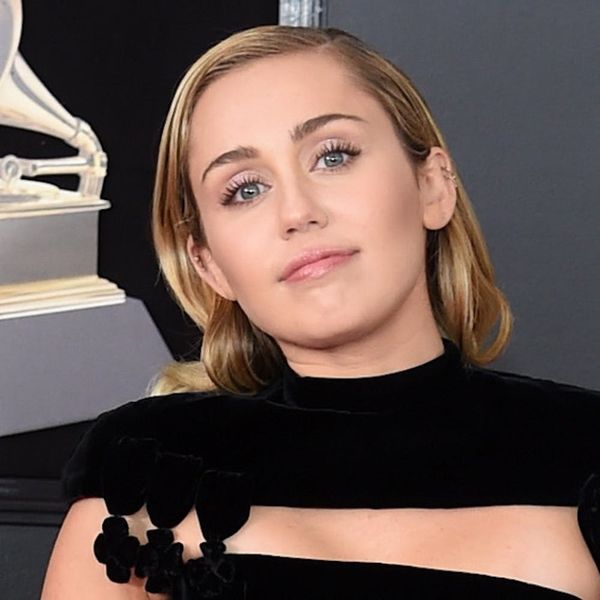 2018 is officially the year of the pantsuit. Not only is the menswear style taking over the bridal scene, it’s taking over the red carpet, too. For every gorgeous gown we saw at tonight’s 2018 Grammy Awards (Cardi B’s Ashi Studio piece, though!) there was an equally badass pantsuit to match, with everyone from Kesha to Miley Cyrus making a seriously stylish case for suiting up. From colorful, fun printed two-pieces to sleek monochromatics ensembles, the look was everywhere we turned: See who rocked the evening’s biggest trend below!

1. Kesha: The undisputed Grammy performer of the evening wore a snazzy embroidered suit that was pure cowboy glam, complete with a pair of glittery kicks. (Photo via Dimitrios Kambouris/Getty)

2. Anna Kendrick: The Pitch Perfect3 actress made a case for bustiers and shoulder pads in this menswear-inspired plain Balmain mashup. (Photo via Jamie McCarthy/Getty)

3. Eve: Sparkly pinstripes were practically *made* for this rapper, as evidenced by the open-jacket Naeem Khan ensemble she wore on the carpet with Chopard jewels and Charlotte Olympia heels. (Photo via John Shearer/Getty)

4. Miley Cyrus: Before the singer changed into a princess-style burgundy ballgown for her performance of “Tiny Dancer” with Elton John (swoon!), the 25-year-old slayed the carpet in a sleek velvet Jean Paul Gaultier jumpsuit. (Photo via Jamie McCarthy/Getty)

6. Cyndi Lauper: The “Girls Just Want To Have Fun” singer icon matched her pastel hair to a Moschino suit that was a *literal* work of art featuring a heavenly print of Cupid-inspired angels. (Photo via Dimitrios Kambouris/Getty)

Which of these pants looks was your fave? Let us know @BritandCo!