Miley Cyrus Got an Adorable Tiny Tattoo of Her Dog 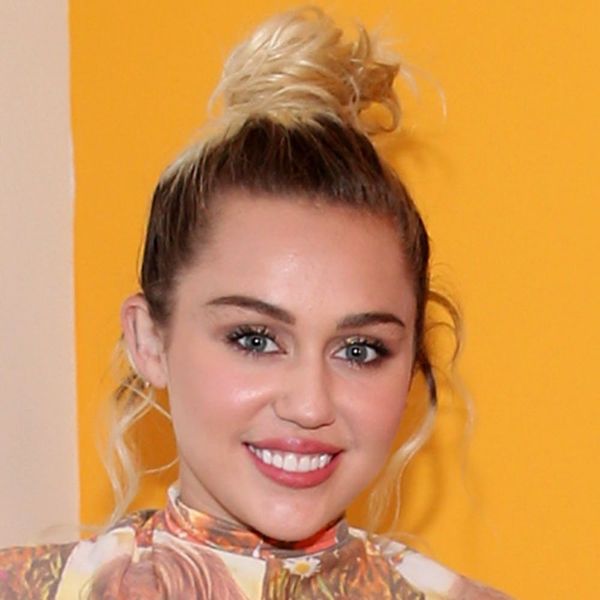 Miley Cyrus is no stranger to tattoos, and the star has surprised us in the past with weird-but-cool designs for her body ink. The “Wrecking Ball” singer has gone under the needle for a new addition, and this time, her choice is one that will resonate with any canine-lover.

Placed a young Emu on his mom @mileycyrus #emufanclub

Tattoo artist Doctor Woo posted a photo on his Instagram showing a tattoo of Cyrus’s sheltie, Emu, on her arm. He captioned it, “Placed a young Emu on his mom @mileycyrus #emufanclub”. The tattoo artist, who’s based out of Shamrock Social Club in LA, is known for his ability to capture tiny details, and you can actually see Emu’s hair, right down to his little eyebrows. D’aww, no buyer’s remorse here.

Cyrus adopted the pup in 2014 (his full name is actually Emu Coyne Cyrus), and since then, he’s made regular appearances on his mom’s Instagram account. She often hashtags his photos with #emufanclub, so he actually has quite the fanbase himself.

It’s also not the first time the singer has gotten a tattoo for a furry friend. After her Alaskan Klee Kai Floyd was killed by a coyote in 2014, Cyrus got a rib tattoo to commemorate.

And in fact, her sheltie Emu was adopted after Floyd’s death. At the time, Cyrus wrote in an Instagram caption: “Never will I replace Floyd and that’s something I had to take time to understand. we had a very special memorial service for Floyd and I felt my angel Floydy give Emu his blessing. I prayed to Floyd to just give him a touch of his awesomeness and he has.”

You can definitely feel Cyrus’s love for her four-legged friends.

What do you think of Miley’s tattoo? Tell us @BritandCo!

Shea Lignitz
Shea can be found in the nearest bookstore or brewery, exploring the great outdoors, or blasting Led Zeppelin. She grew up in the cold and rain of Northern California's redwoods but is currently wandering around Texas.
Dogs
Style News
Dogs Miley Cyrus Tattoos