Mindy Kaling Reportedly Gives Birth to a Baby Girl — Find Out Her Name! 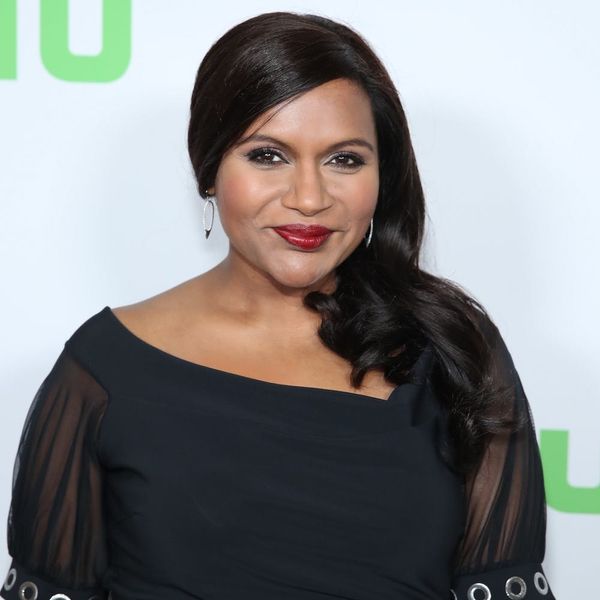 It’s a girl for Mindy Kaling! E! News reports that the Mindy Project star and creator gave birth to her first child, a daughter, on December 15. According to the site, she named her little one Katherine Kaling.

News of the Wrinkle in Time actress’ pregnancy first broke back in July, although it was Oprah Winfrey, not Kaling herself, who first confirmed the news.

“I had told Oprah and Reese [Witherspoon] on a movie we’re working on, A Wrinkle in Time, and she announced it,” Kaling recalled to Ellen DeGeneres in October. “She was very excited. And at first it was like, okay, if anyone was going to announce big news about your private life, Oprah Winfrey is the person. You can’t complain that much about it. And you also can’t be like, ‘Hey, Oprah, zip it.’ Because she’s almost like a religious figure. So I actually thought, okay, if there’s one person I have to tell my daughter about that revealed her existence to the world, Oprah is pretty good.”

In that same interview, the Office alum confirmed to DeGeneres that she was expecting a daughter — which we first heard from her Mindy Project costars in September. “I am not waiting. I wanted to know way early,” Kaling said at the time. “I’m having a girl. I’m so excited.”

She also shared her excitement with Willie Geist in an interview for Sunday Today in August, saying, “I have a lot of control over a lot of aspects of my life, and this is one where I’m like, ‘Okay, it’s out of my hands,’ which is kind of a fun feeling.” She added, jokingly: “It’s so easy to criticize parenting until you’re a parent, so one of the nice things about becoming a parent is that I’ll be able to openly criticize other parenting because I will have a child.”

As for what kind of mom she hopes to be, she told Geist, “I’d like to be the fun mom. I know I’m going to be the dorky mom, so if I could be kind of fun too, I think that would be nice.”