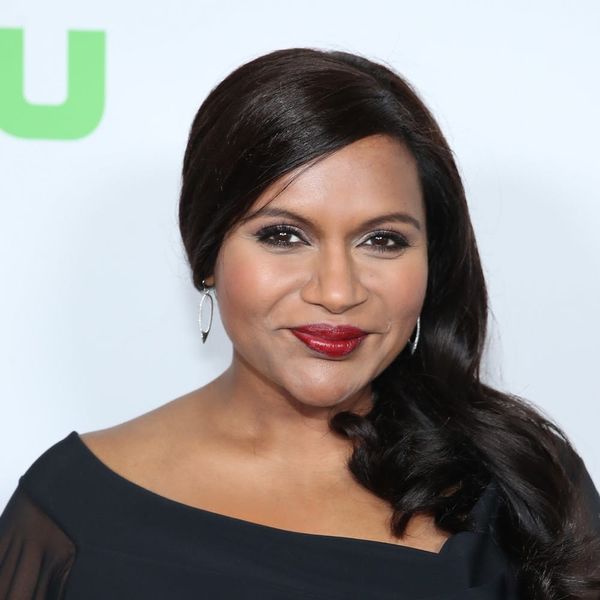 After Oprah Winfrey confirmed the news of A Wrinkle in Time co-star Mindy Kaling’s pregnancy, several of her The Mindy Project castmates have reportedly spilled the beans on the sex of the 38-year-old’s baby!

During the PaleyFest Fall TV Preview event for their show, Beth Grant, AKA Beverly Janoszewski, spoke to US Weekly, telling the outlet that the comedian will soon be welcoming a baby girl.

“I’m just thrilled out of my mind!” she gushed. “I cried like a baby and that it’s a girl… I just think she’s up to it and I’m very happy for her because I have a daughter that’s turning 25 and it’s just the greatest thing in the world.”

Oh. Em. Gee! The magazine reports that Ed Weeks, who plays Dr. Jeremy Reed on the show, seemed to confirm that sentiment, quipping,“The show started as a tribute to her mother, who very sadly passed away just as the show is being picked up and it ends with her having a daughter of her own.”

The star herself, who has yet to comment on her baby’s sex one way or the other, only recently spoke out about her pregnancy news, telling TODAY that she’s “really excited” about being a first-time mommy. “I’ll be able to openly criticize other parenting, because I’ll have a child,” she joked.

Still, Grant certainly thinks shell be in a position to do so, saying, “She’s really good about giving young women opportunities and mentoring young women, so I think it’s a natural thing for her to be a mom.”

Are you surprised that Mindy might be having a girl? Tell us over @BritandCo.