Morning Buzz! Beyoncé and the Dixie Chicks Teamed Up for the Most Epic CMAs Performance + More 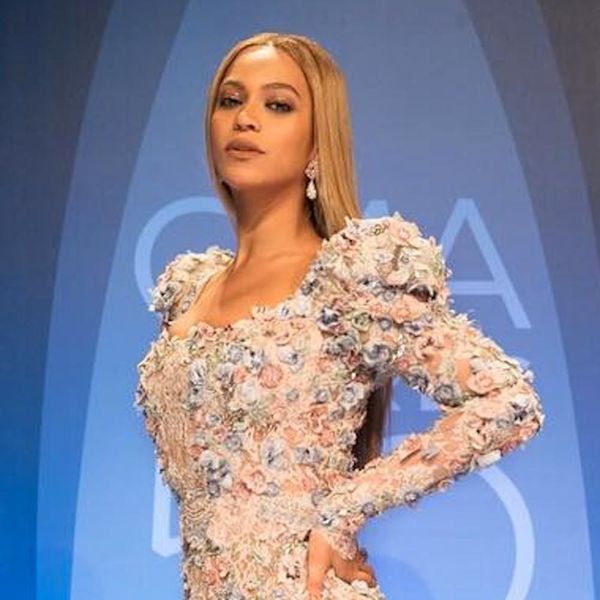 From a countrified Beyhive to the lifting of a curse, check out six of today’s top news items below.

1. The Beyhive spent a good part of the day yesterday freaking out over Beyoncé’s upcoming CMAs performance, and it turns out that the speculation that she’d perform her countrified “Daddy Lessons” was totally on-point. She teamed up with the Dixie Chicks for the duet, and they TOTALLY rocked it. The best surprise? It’s now available to listen to as an official recording below. This is a collaboration we are very, very here for. (Photo via Rick Diamond/Getty)

2. The Chicago Cubs won the World Series after a 108-year drought and celebs are celebrating the lift of the “curse.” After a WILD game that saw an eighth-inning tie, a ninth-inning rain delay and extra innings, the Cubs came through and won their first World Series since 1908. Of course, Bill Murray was on hand and was melting down at the win, as was John Cusack, who tweeted a pic from the dugout just saying, “Curse is gone.” Even Hillary Clinton and Michelle Obama couldn’t hide their excitement. Cubs win!

3. One of Kim Kardashian’s first social media photos since her robbery is actually so meaningful. Kim may be keeping her own social media silent, but she surfaced on someone else’s Twitter feed for a pretty amazing reason. Justin Bamberg Esq. is a lawyer who has been representing Alton Sterling’s family since his death at the hands of police in Baton Rouge in early July. He posted a photo of Alton’s oldest son, Cameron, posing with Kim and Kanye, thanking them for showing him some 16th birthday love. Pretty awesome.

4. The Final Five making their red carpet debut might have been the other CMAs highlight of the night. Laurie Hernandez, Simone Biles, Aly Raisman, Madison Kocian and Gabby Douglas — AKA Olympic heroes the Final Five — got the team back together to rock the red carpet at the CMAs, and can we just say, they REALLY know how to glam it up good. (Photo via Michael Loccisano/Getty)

5. Cover Girl just named Muslim beauty vlogger Nura Afia their newest ambassador. Cover Girl has been on a roll with making inclusivity and diversity part of their latest campaigns, first by naming social media beauty force James Charles as their first male spokesperson, and now by putting Nura Afia front-and-center in their So Lashy! BlastPro Mascara campaigns. You’ll soon see her in her own CoverGirl commercial and all over huge billboards in New York City’s Time Square. Yay!

6. Quote of the day: I taught myself that to succeed as a woman in this industry I had to play by the rules of the boy’s club. But the older I got… the more I realized that it’s bullshit!” Mila Kunis pens an amazing essay about experiencing sexism in Hollywood and her commitment to start addressing it head-on.

What did you think of Mila Kunis’ essay? Let us know @BritandCo.