Morning Buzz! This Pic of Drake and Jennifer Lopez Getting Cozy Has People Freaking Out + More 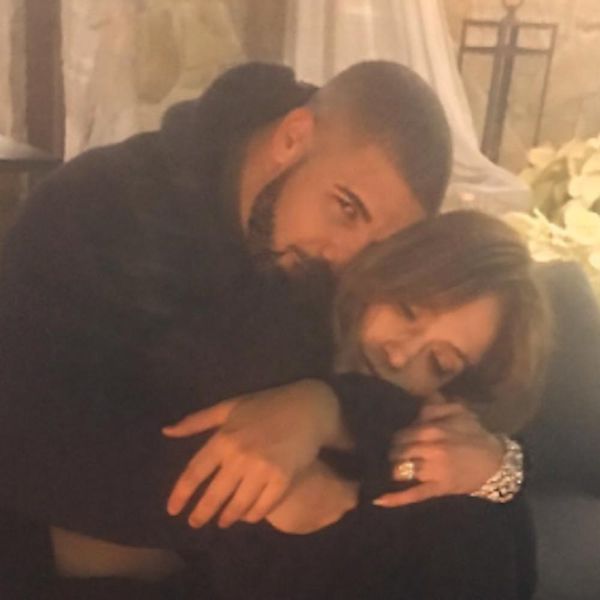 Drake and J.Lo get cozy and Kim and Kanye look seriously stone-faced in this morning’s top news stories. Check those and more out below.

1. Although it’s still most likely that Drake and J.Lo are just working on new music or a video together, their latest pic has people practically melting down. The two of them shared the same Instagram pic of them in an embrace, which is a step up from the selfie previously shared when Drake crashed J.Lo’s Vegas show recently. Adding fuel to the fire is the fact that eagle-eyed fans noticed Rihanna had unfollowed J.Lo on Instagram over the holiday weekend. DRAMA!

2. Kanye and Kim look anything but merry in their new family holiday photo. If we needed confirmation that the Kardashian-Wests are not quite back to their old selves after a traumatic 2016, their 2016 family Christmas card might be it. “Happy Holidays” Kanye captioned the pic of himself, Kim and their two munchkins Saint and North, which seems to have been taken at Kris Jenner’s Christmas Eve party and features a smile-less family.

3. Following the news of Carrie Fisher’s heartbreaking death yesterday, a tweet from her supposed beloved dog’s Twitter account has gone viral, and it’ll make you sob. The tweet features a photo of a Boston Terrier looking out of the window with the caption, “I’ll be waiting right here mommy,” and was tweeted earlier when she had gone into the hospital. Despite the fact that that’s not ACTUALLY a picture of her dog, Gary, fans know the special bond the pair share and it has resonated far and wide.

4. This Marine’s daughter wanted a pride flag for Christmas and her dad totally came through in an inspiring way. Dakotah Whitcomb, a 20-year-old student from Cuyahoga Falls, Ohio, is bisexual, and when she asked for a pride flag for Christmas, she had no idea the response she would get. Not only did she get the flag, but her dad penned a super meaningful message with it as well — he said he intended to fly her pride flag along with all of the military flags of their family, who have a long military history. Sniff. (h/t Buzzfeed)

5. Holy crap — you’re now going to be able to stream Disney classics easily. Hulu has picked up the rights to more than 50 of its big theatrical releases, according to Deadline, some of which, like classics Mulan, Pocahontas and Hercules, will be exclusive to the service. Maybe 2017 won’t be so bad. (Image via Disney)

6. Quote of the day: “I want it reported that I drowned in moonlight, strangled by my own bra.” Carrie Fisher’s hilarious request for her own obituary, as written in Wishful Drinking, based on an early conversation she had with George Lucas about the logistics of wearing underwear in space. Sigh. We’ll miss you, Carrie.

What was your favorite Carrie moment? Let us know over @BritandCo.