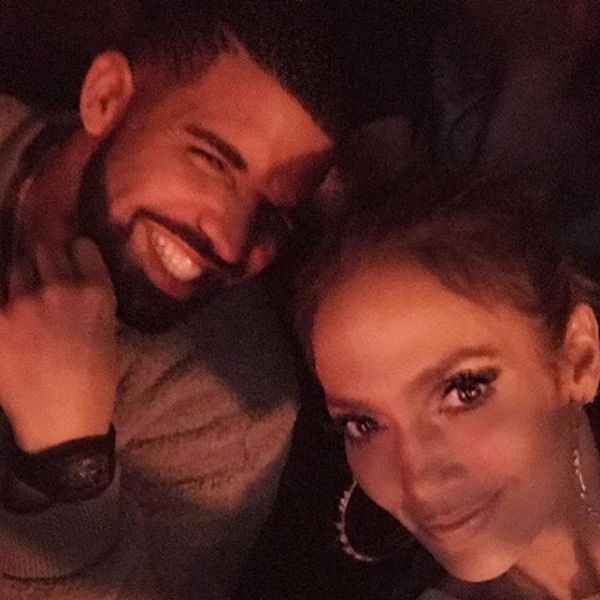 Drake, what are you doing to us?! Right after he made us fall in love with love again by publicly revealing his feelings for Rihanna, the duo split before we had time to fully revel in their newly out-in-the-open relationship. We were then taken on a rollercoaster ride with his possible hook-up with Taylor Swift, but that was over before we could blink. And now it looks like the fella from The 6ix is all about Jenny from the Block. That’s right, Drake and Jennifer Lopez are sparking some serious relationship rumors and we just don’t know what to think (although fans sure have some strong opinions).

Though, natch, there’s plenty of chatter that this is all about a collab — “They are working together on new music,” an insider told Us — that doesn’t change the fact that these two (who are both very single atm) have been spending a lot of time together.

Eyebrows started raising when 30-year-old Drake posted a pic of himself to Instagram, and who’s that with him? Yep, JLo herself. The “Hotline Bling” rapper made his feelings blatant with the caption, “😍 <——– Lotta those”

47-year-old Lopez posted the same pic to her account and added a little more, saying, “Look who rolled up to my show tonight to say hi!! @champagnepapi #lovehim #jlovegas #ALLIHAVE.” In fact, Drake took in two of JLo’s Las Vegas shows while in town.

But that’s not all! On Monday, Drake invited Jennifer to a private dinner party at Delilah’s in West Hollywood. Afterward, they were spotted leaving together in the same car. Oh my!

No doubt this possible partnership (in whatever form it might take) will light… things… UP.

Would you want to see Drake and Jennifer Lopez together as a couple or no, no, no? Tweet us @BritandCo!