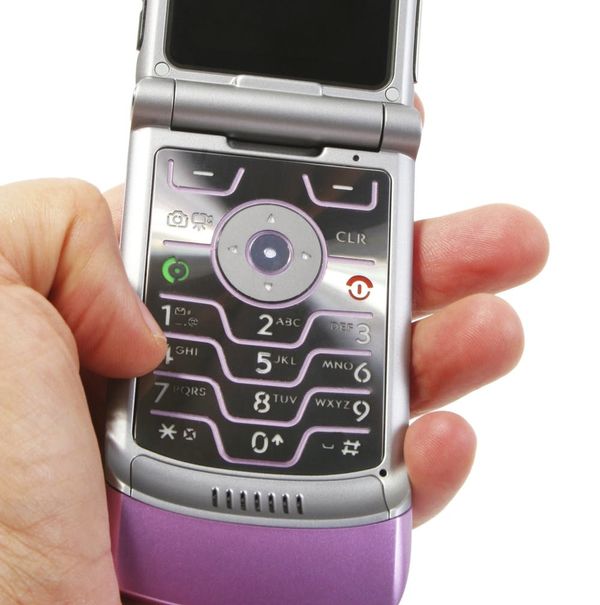 If you’re older than 25, chances are that your first few phones came out well before emoji or even keyboards were part of the equation. And, as you’ll probably remember, there was no cute little flip phone more coveted than the Motorola RAZR. Released in 2003, the RAZR was one of the first mobile phones to offer different phone color options and a sleek design. Plus, it had an ADORABLE signature ringtone (“Hello, Moto” ring a bell?) and was practically indestructible. Maybe you find that you even miss it.

In a newly launched teaser commercial, the brand shows us everything we remember about our first RAZRs. The emo music, the fashion and the fact that we were secretly using our phones in school are all covered in the commercial. Just seeing those phones is bringing back some major nostalgia.

The new Motorola is set to launch in June, and currently, you can sign up for info and updates on their website. We’re so curious about what this phone is going to feel like now in the era of iPhones and Android. What operating system will the new RAZR run on? Will there even be internet? Or will this be a legitimate throwback phone?

By the sounds of it, the iconic “Hello, Moto!” ringtone will probably be intact… which might just be the best part of this whole relaunch. We guess we’ll have our questions answered in a few short weeks, and we’re totally looking forward to seeing something different on the market, since it’s been so long since there was a flip phone of any kind available. Who knows: Maybe it’s time for the second RAZR takeover.

Will you buy a new Motorola RAZR when it comes out? Tell us @Britandco!