Drop Everything: Your Fave Retro MTV Show Is Making a Comeback 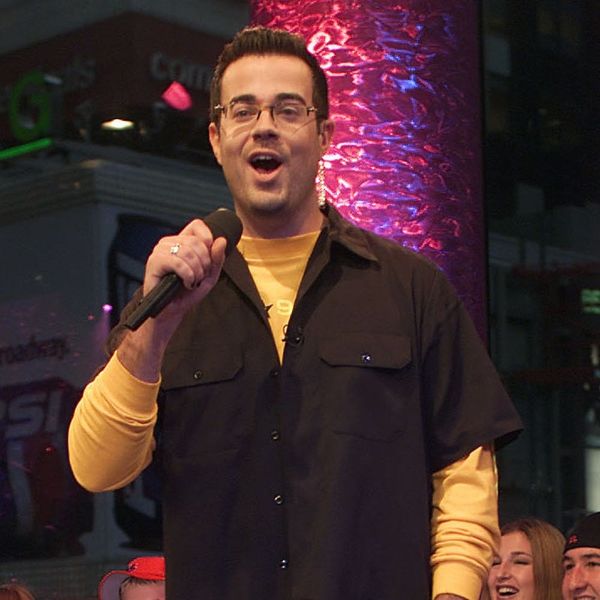 For 10 legendary years, MTV’s Total Request Live was our go-to news source for chart-topping music videos. Originally hosted by Carson Daly, the series, which ran from 1998-2008, combined a daily video countdown with live studio appearances featuring everyone from Britney Spears to Diddy. If you ever went to Times Square just to watch the show being filmed through a window in the Viacom building, then you already know this. What you may not know is that TRL is being resurrected.

The latest version will employ the live format for three- to four-hour blocks, focusing content on music and “other elements,” Adweek mysteriously notes in an interview with MTV president Chris McCarthy.

“That ability to be live, in culture — not responding to it but driving it — is where we belong,” McCarthy told the publication.

Of course, there’s a little rebranding at play. The tentative title of the revamped series is MTV Live, but the filming location is still the same. McCarthy revealed plans to renovate the OG Times Square studio for a modern-day audience, doubling the size of the space to make room for digital broadcasts alongside the televised version.

The internet is just getting wind of the news, and their verdict is YES, PLEASE.

Wait. They're bringing TRL back? Um, best news EVER.

A lot has changed since TRL’s glory days: the music, the technology, the network’s identity. What hasn’t changed over the course of the years are the fans. TRL4EVA!

Are you excited about the TRL revamp? Let us know @BritandCo!

Rachel Davies
Rachel Davies is a writer, curator, and editor. Apart from writing, Rachel loves to read, take Greyhound buses, and drag her friends to museums every weekend. You can find Rachel over on Twitter @rachelcomplains.
Music
Entertainment
Music
More From Entertainment