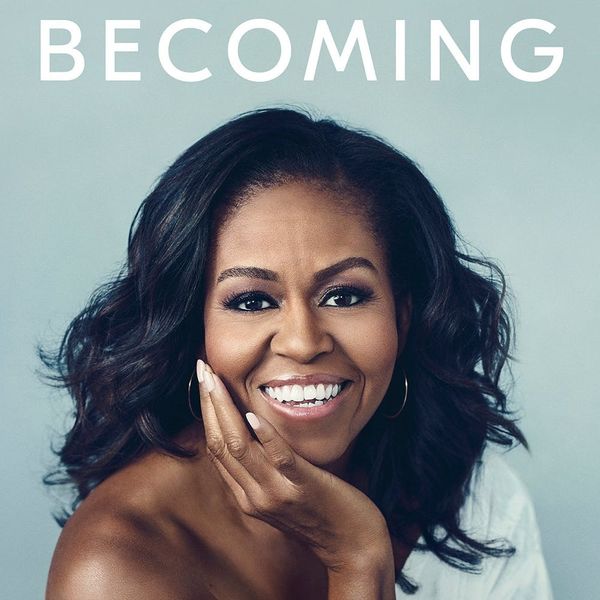 People say that fiction is often better than real life, but sometimes you come across real-life stories that inspire you more than fiction ever could. For anyone who’s looking for an honest read this fall, these seven memoirs will be your go-to books. From cults to unforeseen tragedies to the lives of inspiring women, we have all the stories you’ll want to spend the season with.

At only 13 years old, Carly Gelsinger came across an intoxicating cult that would later threaten to destroy her entire life. Looking for anything to make her feel like she belongs, Carly joins the cult and is quickly brought into the fold, following the leader’s every word. Carly comes to find that this safe haven resembles something more like a prison, and before she knows it, her participation in this insane lifestyle has ruined everything she’s ever worked for. Gelsinger’s memoir, Once You Go In, is a shockingly raw account of what it’s like to be in a cult and is an absolute must-have for readers who are infatuated with The Following.

Tina Turner is proof that women can tackle any obstacles they’re up against. In My Love Story, Tina seeks to tell the honest truth about her life, banishing any rumors and lies that have surrounded her career throughout the years. From her humble beginnings in Tennessee to her rise to stardom and all the challenges in between, this touching memoir tells the story of a woman who always stayed true to the person she wanted to be. If you’re looking for a story of success, hard work, and determination, Tina Turner’s story will be one that inspires you this fall.

If you loved The Glass Castle by Jeannette Walls, you will fall head over heels for Vanya Erickson’s Boot Language. Vanya used to think that her childhood was perfect, riding horses and spending time with her adoring parents. But everything changed when her father returned from fighting in World War II, and suddenly, Erickson was raising herself amidst a complicated web of addiction, hysteria, and neglect. A memoir of forgiveness, Erickson’s touching new release is one that will have you both laughing and crying along.

<i>What the Fire Ignited: How Life’s Worst Helped Me Achieve My Best</i>

When Shay Eskew was a young boy, he was set on fire, beginning a lifelong challenge of overcoming his intense injuries and difficult recovery. Determined to prove that he was more than just a burn victim, he picked up his career as an athlete and began training to compete in IRONMAN triathlons. Eskew’s What the Fire Ignited holds a message of hope for anyone who has gone through a traumatic and life-changing experience. By telling his story, this inspiring athlete is on a mission to assure people that they can do anything they put their minds to. If you’re in need of a pick-me-up before the new year, this book will get you back on the right foot.

Phoebe Robinson knows that you can’t go through life being completely serious all of the time, and she readily laughs at her own misfortunes. Sharing her own personal stories of growth and failure, Robinson spills on the insecurities and feelings of doubt that many feel at some point in their lives. In her second book, Robinson tackles society’s issues with beauty standards, dating, feminism, and more, all with a relatable and hilarious voice.

Before Michelle Obama became the First Lady of the United States, she was an ambitious young woman in Chicago, doing her best to balance a career and her duties as a loving mother. For the first time, Mrs. Obama is bringing her own story to the forefront, revealing the ups and downs of her life and the ways that she ultimately found success separate from her presidential husband. If you admire Michelle Obama for her honesty, strength, and wisdom, Becoming should be at the top of your #TBR pile.

Kiese Laymon is determined to increase social awareness in his new memoir, Heavy. Laymon brings to light some of America’s biggest social issues, breaking down the ways in which the nation tries to be more progressive yet ignores the unpopular jobs that have to be done in order to fully achieve progress. Combining his own difficult childhood with his mother’s biggest failures, Laymon reveals what it’s like to really be a Black citizen living in the United States as well as the stigmas that often surround him and his upbringing. For anyone who’s trying to make a difference in their community, this book will give you a new sense of responsibility and bravery.
From Your Site Articles
She Reads
Books
Creativity
Books Goods