3 Sharp and Satirical Novels You *Need* to Read RN 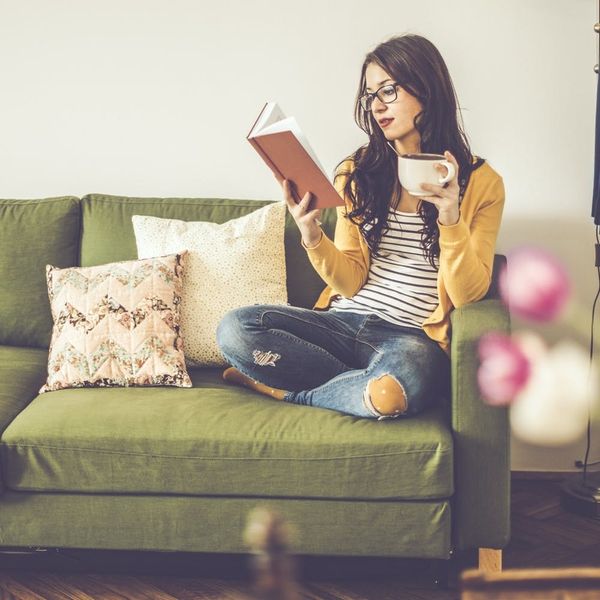 Life is often pretty wonderful, but let’s not kid ourselves — there’s a lot that’s wrong out there. Hypocrisy, self-aggrandizement, misery, abuse… and that’s just your Facebook wall. The world we live in is ripe for satirizing, and these three recently published ladies have stepped up to the plate, serving up helpings of eviscerated cellphones, selfies and cigarettes. Pull up a tastefully expensive chair and see the world through a novel, bitingly.

1. Nicotine by Nell Zink ($20): Most social satirists are, at heart, self-aware weirdos. Standing out from the crowd means you can study it more deeply. Nell Zink’s Nicotine is full of these lovingly rendered oddballs, who inhabit a world of anarchic chaos. Zink — who was long-listed for the National Book Award last year, didn’t publish until she was 50 but can now write a book in three weeks — spins a tale surrounding Penny, who goes from a rebellious 12-year-old smoking cigarettes naked in her father’s “healing center” sweat lodge to a stunned business school graduate at his deathbed. Unemployed and heartbroken, Penny reflects on her unconventionally rebellious nature; that is, that she grew up in such a strange family that her only ability to rebel was to be conventional.

Her father, Norm, headed what was essentially a hippie cult, and her mother Amalia belonged to the Kogi Amazonian tribe until Norm found her wandering in garbage at age 12, adopted her, and later married her when she turned 18. Business school, shall we say, was not their dream. It’s Penny’s inheritance of her father’s childhood house that changes everything; visiting the New Jersey property, she’s initially nonplussed to discover a building that isn’t decrepit, but rather occupied by squatters. Penny finds these anarchists surprisingly welcoming, and soon moves in, drawn to their world she never thought she’d call home: the place they call Nicotine House. What happens when her two older half-brothers, one of who may be a sociopath, find out what’s going on?

The book is a satire of privileged activism, with Nicotine House’s residents protesting for smokers’ rights, but it’s an affectionate mockery, and treats its eccentric characters with empathy and even pathos (in the case of Norm’s death). Even though Zink might turn out another great book three weeks from now, this is one on everyone’s fall must-read list (seriously, we counted at least five), and for good reason.

2. Today Will Be Different by Maria Semple ($16): TV writer Maria Semple’s book puts a new spin on the legend of the Desperate Housewife (she’s written for Arrested Development, Mad About You and Ellen, but never took a crack at that particular series). Eleanor Flood moved from NYC, where she (surprise!) worked as a TV creative and graphic novelist, animating a well-liked cartoon called Looper Wash, to live in Seattle with her husband Joe, a hand surgeon, and their unconventional third-grade son (Timby, whose makeup habits delight his trendily open-minded private school). Eleanor, lucky as she seems, has the ennui only the privileged can enjoy. The novel covers a “day of white people problems” in her life, and begins with a stare down in the mirror and a recitation of a desperate self-improvement mantra: “Today will be different.”

“The grinding it out was a disgrace, an affront to the honor and long shot of being alive at all. The ghost-walking, the short-tempered distraction, the hurried fog.” Eleanor’s attempt at calmly tidying her life’s mess is thrown off by a series of events involving a fake-sick child, a husband’s secret plans, and a book that threatens to unbury some secrets. She’ll muddle through, though, as best she can.

This book is “national treasure” Semple’s first fiction follow-up to 2012’s wildly popular Where’d You Go, Bernadette, and is filled with subtle and not-so-subtle satire: there’s a dog named Yo-Yo, the mores and “tight-assed dreariness” of so-called friends, and Timby’s claim he was named via iPhone. It’s a pointed questioning of the particular disquiet and lack of presence that can come with a gilded cage.

3. Crosstalk by Connie Willis ($10): Smartphones and social media rule our current existence (please tweet this article to all your friends). Many of us are somewhat, and somewhat justifiably, paranoid about what that means; where is our privacy going? Does everyone know everything about us, and what are they going to do with that knowledge? (Probably try to sell us something.) Connie Willis, Hugo and Nebula Award-winning author of The Doomsday Book and To Say Nothing of the Dog, takes that thought a little farther… into our thoughts. What if, she writes, our thoughts could be heard by other people at all times?

“By the time Briddey pulled into the parking garage at Commspan, there were forty-two text messages on her phone.” Briddey Finnegan works at a tech company that’s small enough so that everyone knows everyone, and it’s practically a requirement to know your co-workers’ deal. Her boyfriend, Trent Worth, “the most eligible guy at Commspan,” is working on the company’s upcoming smartphone and has convinced her to get a little more technical. If she’ll just get an EED — a quick and easy neurosurgical procedure — their emotional connection will solidify and he just might propose. Briddey’s family is highly skeptical of this pre-proposal proposal, and she’d like to hide, but that isn’t a possibility after she starts hearing other people’s thoughts.

This is 21st-century love, “a virtual bouquet of golden rosebuds, which opened into lush yellow roses and then morphed into butterflies,” flying around our screens to the tune of “I Will Always Love You.” Crosstalk takes our conflicting fears about being alone and never being alone and exposes them with this sci-fi rom-com, where nothing is scarier than a “bad connection.”

What novels are you reading that put society under the microscope? Let us know @BritandCo!