President Obama Dropped the Mic Last Night and It Was Everything 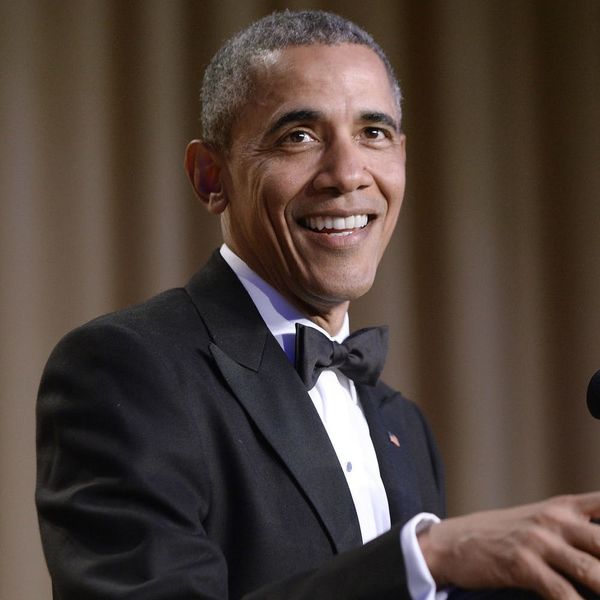 There’s been no shortage of laughs when it comes to President Barack Obama’s epic speeches over the past eight years — the man can deliver a punch line like none other — but he truly outdid himself at last night’s White House Correspondents’ Dinner, ending with a jaw-dropping moment that will forever go down in history.

For his final swan song, the President pulled out all the stops, poking fun at everything from his adorable AF meeting with Prince George (“Last week, Prince George showed up to our meeting in a bathrobe,” he joked. “That was a slap in the face. A clear breach of protocol.”) to his earlier meet-cute with Kendall Jenner.

Of course, no presidential hopefuls were spared, with puns aimed at Ted Cruz, the Donald and Hilary (although Obama did offer up his opinion on who would come out victorious in that race, quipping “by this time next year, someone else will be standing here, and it’s anyone’s guess who she will be.”)

Even our fashionable First Lady Michelle Obama wasn’t safe! “You may have heard that someone jumped the White House fence last week,” he began. “But I have to give Secret Service credit — they found Michelle, brought her back.”

Of all the one-liners and jabs, he saved the best for last, however, ending his speech by DROPPING THE MIC and uttering the words, “Obama out.” WHAT! Our minds. Are. Blown.

Watch the full speech in its entire glory below.

What did you think of President Obama’s speech? Chat with us about it @BritandCo!

(h/t CNN, The White House and NBC , photos by Oliver Douliery-Pool/Getty and Giphy)