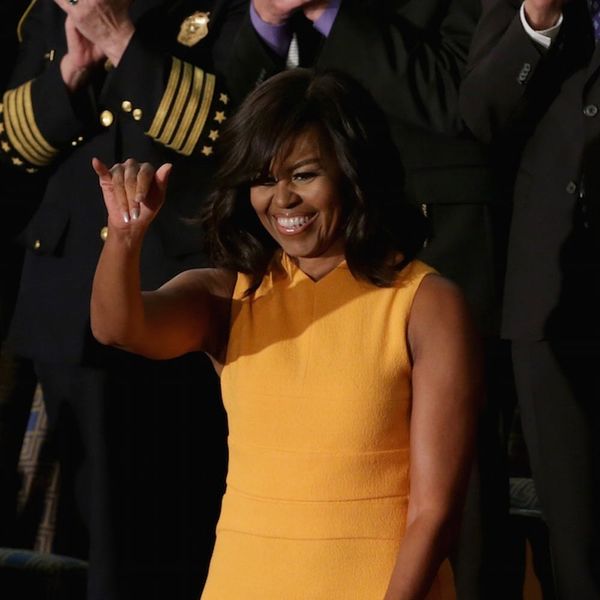 Movie stars aren’t the only ones who like to hunt for a (relative) bargain. Department store Neiman Marcus was the Golden Globes shopping spot of choice for Bryce Dallas Howard, and last night, for the final State of the Union, First Lady Michelle Obama stepped out in a sunny marigold Narciso Rodriguez stunner, which — yep — is available at the store as well. Or was available, we should say — it’s now sold out.

The sleeveless wool crepe midi dress was the absolute perfect cut and color on Michelle, who paired it with a bold purple coat beforehand, and understated natural makeup and hair. We love that she went back to her signature bright look — and the same designer as her election night dress — for the final State of the Union. Obama’s speech, by the way? It closed with a reworked Friday Night Lights reference, referring to America as “the country we love. Clear-eyed. Big-hearted.” MIC. DROP.

Was Michelle Obama’s dress the star of the show? Let us know on Twitter at @britandco!