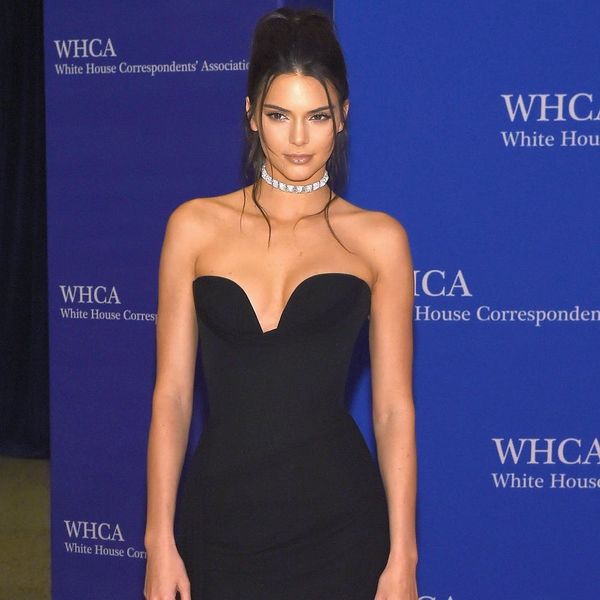 Of all the high-profile guests at the White House Correspondents’ Dinner last night (and trust us, there were puh-lentyyyyy), one stood out in particular — heck, she even got a special shoutout during the President’s speech! “Kendall Jenner is here,” President Obama told a roomful of people. “And we had a chance to meet backstage. She’s seems like a very nice young woman. I’m not exactly sure what she does, but I am told my Twitter mentions are about to go through the roof.” (They weren’t wrong, sir — you’re totally trending!)

Fresh on the heels of an epic Twitter war with the Queen, we’ve gotta’ say, POTUS is on a roll! Kendall (who took the whole thing in stride with giggles) for one, was utterly starstruck, something she told People mag pretty much never happens. “That was like my first time, ever,” she said.

In all fairness, it wasn’t all hobnobbing for the model (who, can we just say, looked stun-ning in Vivienne Westwood) — she’s been a huge supporter of Rock the Vote, urging young women especially to do their civic duties, a fact President Obama in particular surely appreciates: He’s all for using tech to vote!

Though the meeting was brief, President Obama did tell Kendall to “say hi to Kim and Kanye,” to which she naturally replied, “okay!”

Are you amused by the President’s antics? Let us know @BritandCo!