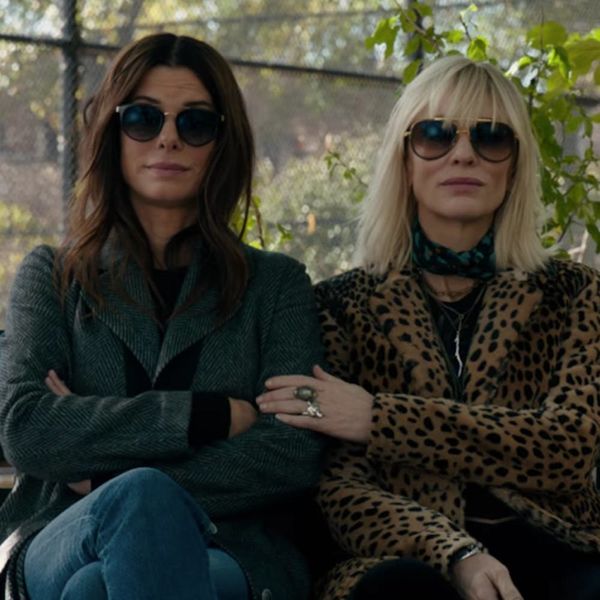 It’s finally here! Almost a full year since we got a first look at the star-studded cast and just one day after the first official sneak peek, the complete first trailer for Ocean’s 8 has finally dropped — and it’s everything we could have dreamed.

The trailer starts with Debbie Ocean (Sandra Bullock), the estranged sister of George Clooney’s Danny Ocean, getting out of jail — and getting right to work.

Plotting a jewelry heist at the lavish Met Gala, she recruits Cate Blanchett, Rihanna, Mindy Kaling, Sarah Paulson, Awkwafina, and Helena Bonham Carter to help make it happen, even if it takes a little bit of arm-twisting in some cases. “I’m with my family…I’m out,” Paulson’s character Tammy insists, until she learns how big the job is and immediately packs her car.

The leading ladies’ dynamic looks as amazing as we’d imagined it when we learned about their group text that, according to Paulson, would blow our minds. No doubt!

There aren’t a lot of those promised Met Gala cameos in the trailer, but viewers can expect to see stars including Kim Kardashian West and Kendall Jenner, Anna Wintour, Olivia Munn, and more, who recreated the fashion event in the flick. Munn famously lost money doing the role — but we’d say it was totally worth it.

Are you excited to see Ocean’s 8? Let us know @BritandCo!