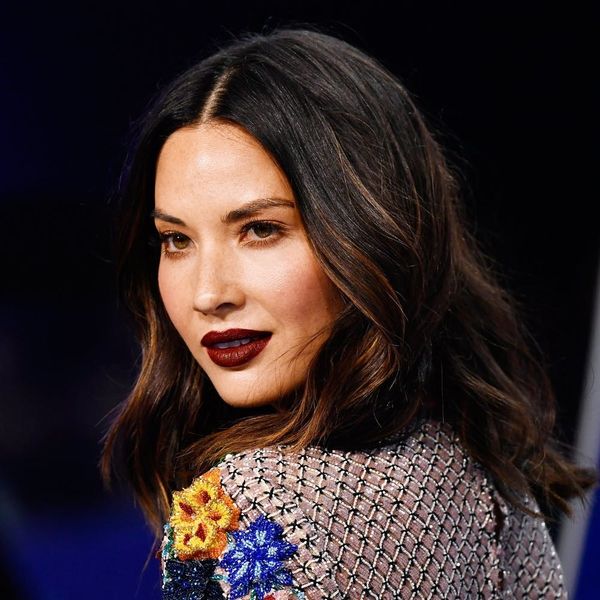 Hollywood casting is often shrouded in mystery, but with stars like Olivia Munn unafraid to talk about anything and everything, we get juicy little tidbits here and there about how Tinsel Town works. In a recent interview with Sirius Entertainment Weekly Radio, set to air Thursday, September 21, the X-Men: Apocalypse star revealed that for her featured cameo in the upcoming Ocean’s Eight, she had to pay for her entire wardrobe — but she’s not mad about it.

“I was so excited when I got the call to be a part of Ocean’s Eight,” she told host Julia Cunningham. “And I did not anticipate that I would have to tell so many people, ‘I’m not really in Ocean’s Eight — I had a cameo in Ocean’s Eight.'”

Though she was asked to appear as herself in the film, she never recouped the funds she put into preparing for her on-screen shots. (Munn appears, along with several other celebs, in a scene at the Met Gala, which filmmakers re-created in April.)

“It actually cost me money to be part of Ocean’s Eight. … I paid a lot of money to have to basically spread the word that I’m not in Ocean’s Eight,” Munn joked to Cunningham.

“They’re like, oh, do your own glam … and I got the dress and all that and then you submit the bills for it because, you know, I’m part of your movie. And then they’re like, ‘Oh no, the bills come right back to you.'”

Even so, Munn couldn’t be more excited about the all-female reboot of the Ocean’s franchise. “It is going to be amazing. That’s just a given. We have Sandra Bullock, Cate Blanchett, Mindy Kaling — who’s a very good friend of mine — and Sarah Paulson, Rihanna. It’s going to be amazing,” she gushed.

She noted, though, how ridiculous it is that women still face a disadvantage in Hollywood. “You see all these guys who keep falling up. You know? They do crappy movie after crappy movie, they just keep get more and more chances. And it’s really obnoxious that if there’s a female lead or female director, it’s like, ‘You’ve got one shot,’ but no we don’t!”

Will you check out Ocean’s Eight? Tell us @BritandCo!