People Pooped All Over Joshua Tree National Park During the Shutdown 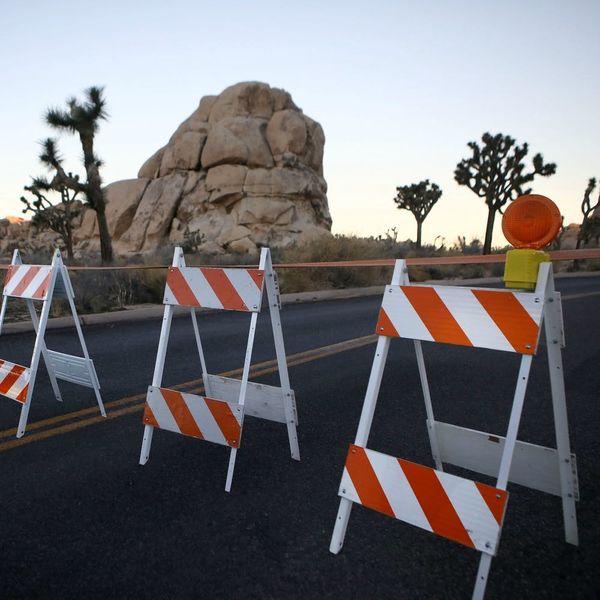 With some 21,000 federal employees being furloughed during the ongoing partial government shutdown, national parks are being left unstaffed, wreaking havoc for visitors — and creating conditions ripe for abuse. Visitors to California’s famous Joshua Tree National Park have made such a mess, the park narrowly escaped a temporary closure.

Joshua Tree National Park was set to close effective 8am on Thursday, January 10, “to allow park staff to address sanitation, safety, and resource protection issues in the park that have arisen during the lapse in appropriations,” National Park Service spokesperson George Land wrote in a statement released on Tuesday.

Since then, National Park Service officials have decided to circumvent the closure by using Federal Land and Recreation Enhancement funds to immediately bring back park maintenance crews to address sanitation issues, according to a January 9 statement.

According to reports, beyond overflowing trash bins, vandalism, and litter, the park is filled with human feces. Yes, visitors have been dropping number-twos in random places throughout the park.

“We are trying to stem the tide so to speak and try and [keep] the bathrooms as clean as we can keep them and the trash bins as empty as we can,” John Lauretig, executive director of the nonprofit Friends of Joshua Tree National Park, told a Boston radio station earlier this week. “With the amount of visitation we have right now over the holidays, tens of thousands of people pour into the park, and the day-to-day maintenance in those bathrooms needs to happen.”

Throughout the shutdown, volunteers have tried to keep up with cleaning public restrooms and removing trash. “The park expresses its appreciation for the contributions of local volunteers, who provided basic sanitation at campgrounds and other closed areas during the lapse in appropriations,” the Wednesday statement reads. Despite best efforts, there are fears that long-term damage has been incurred by the ecosystem at Joshua Tree and other national park sites.