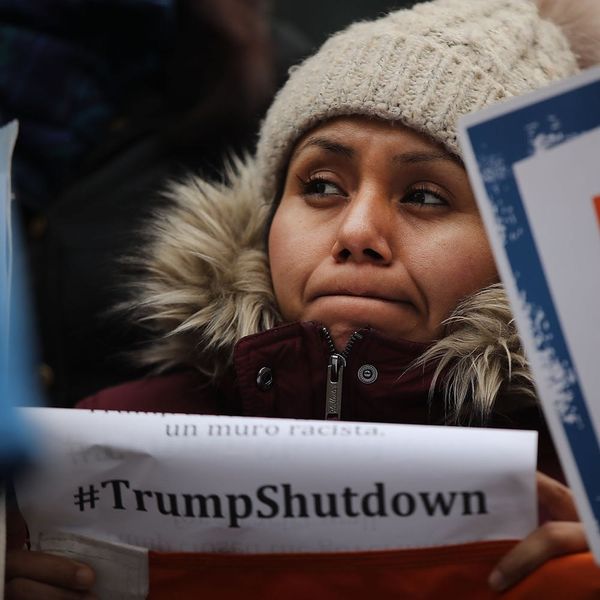 President Trump has threatened a “very long” government shutdown over a spending bill that was passed in the Republican-controlled House on Thursday night, after realizing that the bill likely will not be able to secure the 60 Senate votes needed to ascend to law. The government spending bill includes the $5 billion requested by the president in order to build his oft-promised southern border wall.

In an abrupt change from his previous threat of shutting down the government just 10 days ago, where he promised Senate and House minority leaders Chuck Schumer and Nancy Pelosi that he would happily take the blame for the shutdown, Trump’s declaration on Friday morning placed the blame squarely on the shoulders of Democratic lawmakers. The GOP-held Senate would need at least 10 Democrats to vote in favor of the bill for it to pass in chambers.

With the Friday, December 21 deadline having arrived without resolution thus far, several federal departments will be unable to maintain operations, potentially forcing up to 750,000 employees out of work and with no paychecks for the duration of the shutdown. Employees working in the State Department, the Justice Department, the Transportation Department, the Agriculture Department, and the Department of the Interior may work either limited hours or not at all.

According to CNBC, 420,000 employees, including as many as 54,000 Customs and Border Protection employees — the agents who are currently working to secure the southern US border — are expected to work without paychecks if a shutdown happens. Members of the US Coast Guard would also be on call.

Another 380,000 or more government employees would be put on temporary leave without pay, including members of NASA and the Department of Commerce.

Regardless of how long the shutdown lasts, Vox notes that employees would most likely receive back pay after regular service resumes (whenever that may be). The president has said that he would delay his holiday vacation to Florida if and when the shutdown happens.

But the potential for a shutdown means that it is highly unlikely that the budget will be resolved before January 2019, when Democrats take over the House. Until then, Republicans control every facet of government.

If the government does shut down, it would be the third shutdown of 2018.