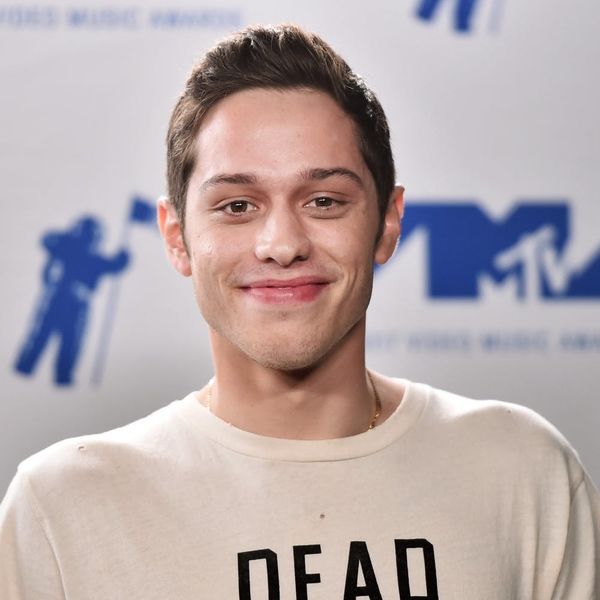 Pete Davidson is a smitten kitten… er, should we say, bunny! It was just earlier this week that the SNL star made his relationship with singer Ariana Grande Instagram official, but already, he’s sporting a permanent reminder of their love.

London Reese of The Black Lantern tattoo parlor in Dana Point, California, took to social media to show off not one, but two new pieces of artwork he inked the comedian with, both of which were inspired by Davidson’s new lady love.

In the first shot, which shows the actor in profile, a small outline of a bunny mask — which, you might recall, was Grande’s choice of artwork for her 2016 Dangerous Woman album — can be seen behind his ear.

As E! captured from a now-deleted story on Reese’s page, the 24-year-old also got a tribute to the “No Tears Left to Cry” singer in the form of some very telling “AG” initials on the top of his thumb.

“PD <3’s AG,” the tattoo artist wrote, adding, “We had a good night, somewhere in the hills of Los Angeles.”

It wouldn’t be the first time the NBC regular has gotten inked to show his admiration for a woman: Back in December, he joined Instagram to show off his very first tattoo, a likeness of his “hero” Hillary Rodham Clinton.

What do you think of Pete’s new tats? Sound off @BritandCo.

Nicole Briese
Nicole is the weekend editor for Brit + Co who loves bringing you all the latest buzz. When she's not busy typing away into the wee hours, you can usually find her canoodling with her fur babies, rooting around in a bookstore, or rocking out at a concert of some sort (Guns N' Roses forever!). Check out all her latest musings and past work at nicolebjean.com.
Celebrity Couples
Beauty News
Celebrity Couples Love Tattoos
More From Beauty News