Ariana Grande and Pete Davidson Have Made Things Instagram Official 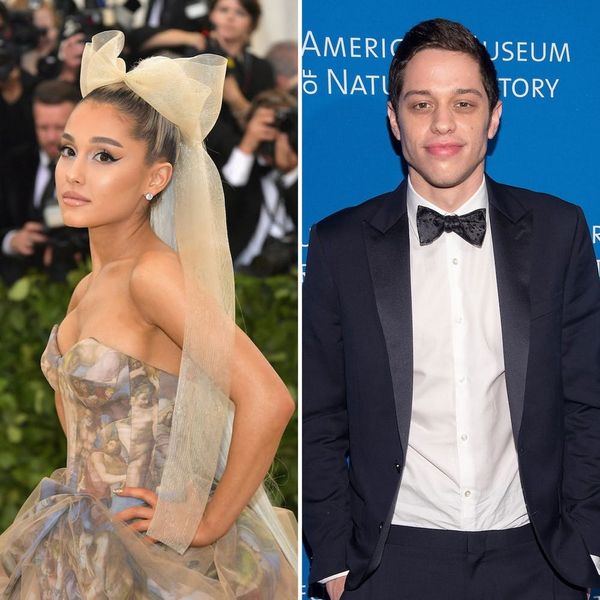 The internet has been rife with speculation about Ariana Grande and Pete Davidson’s potential new relationship for weeks, and now the couple seem to be making things Instagram official with some adorable back-and-forth on the photo-sharing app.

“I thought u into my life,” Grande captioned the latest pic of the pair, posted Thursday night. The snap shows Davidson hugging Grande and planting a kiss on her face, while the “No Tears Left to Cry” singer mugs for the camera and holds the Saturday Night Live star’s hands tightly.

Their first “couple pic,” posted by Davidson on Wednesday, showed them dressed in Harry Potter robes with their arms around each other. “The chamber of secrets has been opened,” he wrote in the caption, which seems as much a reference to everyone’s favorite wizard as it does their burgeoning relationship. Grande later took to the comments with a flirtatious Potter pun of her own.

The “Bang Bang” performer previously dated rapper Mac Miller, though reports of their breakup started circulating in May. The singer seemed to confirm the split rumors when she posted a heartfelt message of support for Miller that hinted their friendship was still strong despite current circumstances. “I respect and adore him endlessly and am grateful to have him in my life in any form, at all times regardless of how our relationship changes or what the universe holds for each of us!” she wrote.

Besides changes in her personal life, Grande is set for a huge summer professionally, too — her new album Sweetener will be out in August.

What do you think of Ariana and Pete together? Let us know @BritandCo!