5 Things About Pregnancy You Need to Tell Your S.O. 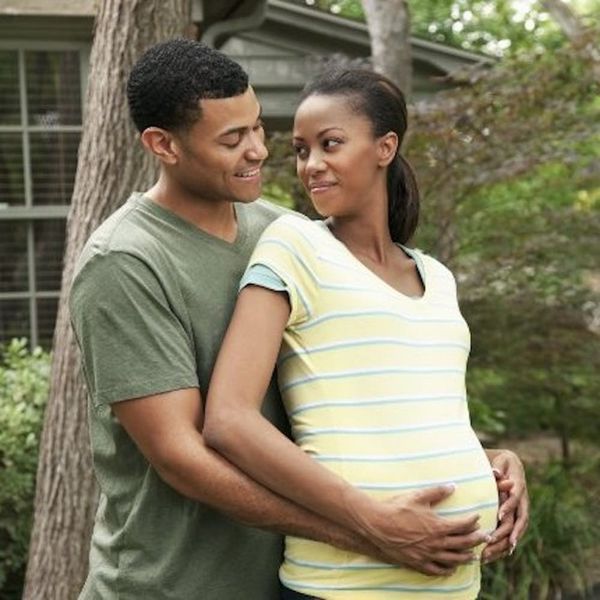 Mama, you know everything that the internet has to offer when it comes to baby-making and growing another human being inside of you. You’re the pregnancy guru. But your S.O. is completely clueless. Okay, maybe they aren’t totally naïve when it comes to the wonderful world of pregnancy, but that doesn’t mean they can’t stand some schooling on the subject. Check out what your significant other needs to know about your three trimesters!

1. Carrying a baby on the inside doesn’t make you incapable. Yes, you’re capable of growing a baby. But your S.O. may think that’s all you’re capable of right now. This can lead to lots of “Don’t pick up that grocery bag; it’s too heavy for my little delicate flower” and “You can’t host family dinner night; you need your rest” statements. Sure, you’re kind of into the break your other half is giving you. And this may be the first (and only) time that they actually offer to do the laundry, clean the dishes, and scrub the bathroom floors. But unless your OB has said otherwise, you’re completely capable of living normal everyday life, and it’s time to let your boo know.

2. The attention goes to the baby more often than not. Having a kid doesn’t mean you forget about bae, ignore them, or are all-baby, all the time. Well, kind of. You used to dote on a special someone. Now your special someone is the baby inside of you. And you’re not the only one — suddenly you and that baby you’re growing are the center of everyone’s attention. Your S.O. needs to understand that, for the time being, your pregnancy might take the spotlight away from them. Hey, that’s all right: They’ll get it back… in about 18 years.

3. You have a dog-like sense of smell. There used to be a time when you mildly tolerated your significant other’s adoration of cheeses that were worthy of being featured on an episode of Bizarre Foods. The smell, oh the smell: Before baby, you could handle that distinct blend of dirty feet, cat pee, and mildew. Now that you’re preggo, you have a super-keen sense of smell and really can’t tolerate anything that turns your stomach. Sorry, weirdo cheeses, meats, and anything that’s similarly pungent. You’ll have to remain out of the house (far out of the house) for the next nine months.

4. Sometimes you’re really, really feeling the romance, and sometimes you really, really aren’t. Blame it on the hormones. Blame it on your stress level. Blame it on your changing body. Or blame it on anything else. Your sex drive is going haywire during pregnancy. There will be times when you feel like a teenager looking at celeb beach photos, and there will be times when you’re in “hands-off” mode 24 hours a day. Even though your on-again, off-again sex drive is frustrating for your partner, they need to respect that it’s all part of pregnancy.

5. You’re scared. Admit it — you have baby anxiety. Whether it’s worrying about the pregnancy itself, stressing over labor and delivery, or freaking out about becoming a mother, you have a totally normal amount of fear going on right now. You aren’t alone: Everybody gets stressed or anxious during pregnancy. Along with everything that’s going on, there’s the whole “What’s going to happen?” unknown thing going on. The fluctuating fear you’re feeling off and on may come out as anger, sadness, distance, or some other not-so-pleasant emotion. If your S.O. doesn’t see the fear and only notices that you’re on edge about “something,” get to it and discuss exactly what’s going on. It will make your relationship just that much better.

What does your S.O. really not know about pregnancy? Tweet us your thoughts @BritandCo!

Erica Loop
Erica Loop is a freelance writer living in Pittsburgh. When she's not busy creating kids' activities for her blog Mini Monets and Mommies, you can find her trying to hang out with her teenage son, being chased by her two Olde Boston Bulldogs or teaching a children's karate class (she's a third degree black belt!).
maternity
Pregnancy
maternity Relationship Advice
More From Pregnancy