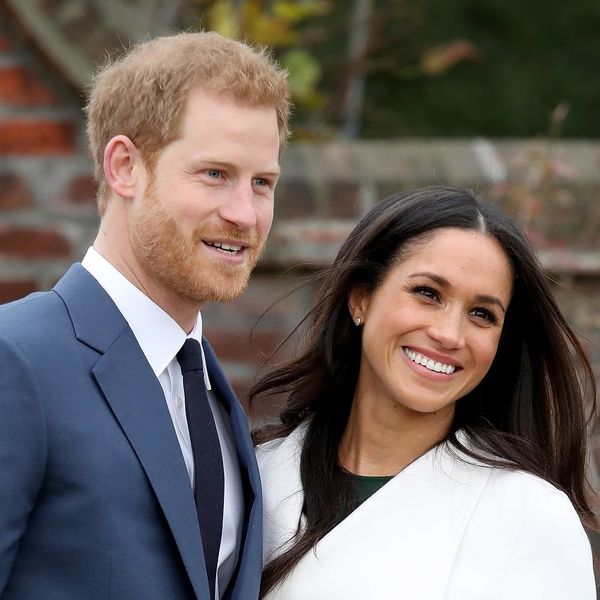 The impeccably dressed guests have arrived, the wedding dress details are here, now it’s time to turn our attention to the bling. What type of wedding rings did the royal newlywed couple choose? According to a statement released just hours before Harry and Meghan Markle said “I do,” they’re, quite literally, fit for a queen.

The couple chose British heritage brand Cleave and Company to create their wedding rings, the same label that crafted Markle’s three-stone diamond engagement ring. Per Kensington Palace, “Ms. Markle’s ring has been fashioned from a piece of Welsh Gold, gifted by Her Majesty The Queen. Prince Harry’s ring will be a Platinum Band with a textured finish.”The stunning jewelry complements Markle’s wedding day tiara, which was loaned to her from the Queen’s extensive collection.

As best man, Prince William was tasked with carrying both rings to St. George’s Chapel in Windsor. Aristocratic husbands typically don’t wear wedding rings, William among them, but Harry has chosen to rock a band of his own. Be still our royal-watching hearts.