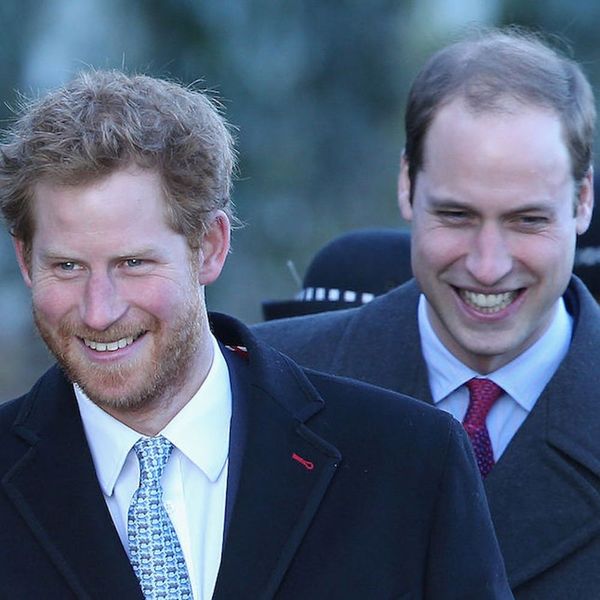 In recent months, both Prince William and Prince Harry have opened up about the devastating effects the death of their mother, Princess Diana, had on them as young boys. Harry has been candid about how confusing the situation was and how badly his mental health suffered following her loss, while William called on his experience to offer words of comfort to a young boy who had also lost his mother. Now the two will speak about what it was like to live with her as their mom in a new HBO documentary called Diana, Our Mother: Her Life and Legacy.

The teaser trailer shows Princes William and Harry reminiscing and laughing over old photos and memories found in a family photo album assembled by Diana, and the documentary promises contributions from the two on an unprecedented level.

“This is the first time that the two of us have ever spoken about her as a mother,” Prince Harry says, as his brother Prince William points to a photo and remarks, “Believe it or not, you and I are both in this photograph — you’re in the tummy!”

The princes confirm that Princess Diana’s truest self was the fun and “informal” version the public glimpsed occasionally, with Prince William pointing out that she knew their sheltered royal life wasn’t all there was. “She was very informal and really enjoyed the laughter and the fun,” he said, with Prince Harry elaborating, “She was one of the naughtiest parents.”

The documentary will take a closer look at the life and work of Diana, Princess of Wales, as the 20-year anniversary of her death this August nears. “This film will show Princess Diana in a way she has never been seen before, through the eyes of the two people who knew her best,” says Nick Kent, the film’s executive producer at Oxford Film and Television.

Jo Clinton-Davis from ITV, where the doc will air in the UK, says, “This new film will offer viewers a fresh and revealing insight into Princess Diana through the personal and intimate reflections of her two sons and of her friends and family, many of whom have never spoken before, to bring together a definitive portrait of a unique person who touched the lives of millions.”

“She was our mum. She still is our mum,” Harry says in the trailer. “And of course, as a son I would say this, she was the best mum in the world.” Pass the tissues, please.

Will you watch Diana, Our Mother: Her Life and Legacy? Let us know @BritandCo.