Here’s Some Good News About Those Productivity Apps You DL 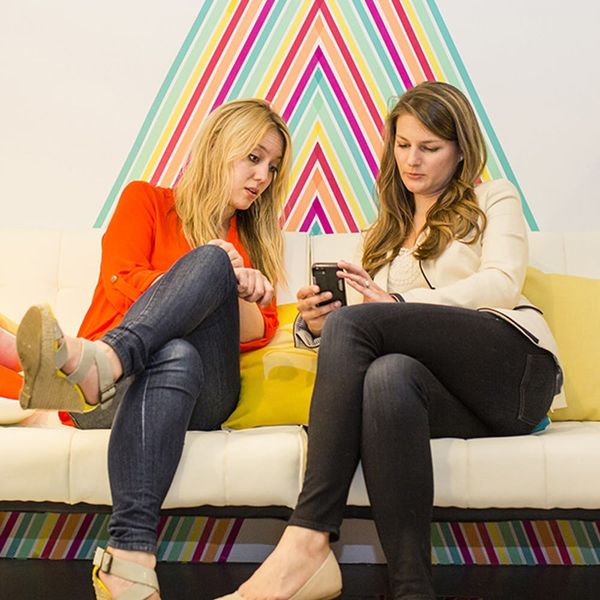 Procrastination is a real struggle. Blame it on our generation or the Internet or both, but it’s becoming increasingly hard for people to focus solely on one thing anymore (even as I write this I’m getting Facebook notifications that I’m trying really hard not to check). Sure, you’re going to finish up that term paper… right after you watch these 15 cat videos. Productivity apps are always rumored to help, but they also come with their fair share of criticism and even an element of definite irony – “one more app is the solution to your app addiction” as Inc. puts it. But according to a new study, those debatably futile programs might be doing you some good after all.

The study, conducted by Cornell, tested the results of the anti-distraction software on 657 students enrolled in a MOOC (AKA an online course accessible to everyone over the web) offered by Standford. The participants were separated into three groups to test which software and technique best helped students focus. The first group set a time limit for themselves where they could surf distracting sites, the second group was issued a reminder to get back to work after they’d spent 30 minutes slacking and the third was straight up blocked from distracting sites for a set amount of time. There was also a control group that did not use any sort of app.

The study’s conductor, Ph.D. student Richard W. Patterson, found that only the first group showed real results (the ones who set a time limit for themselves). Inside Higher Ed reports that compared to those who had no help from productivity apps, “these students spent 24 percent more time on course work (about 5.5 hours), submitted 27 percent more homework assignments and were 40 percent more likely to finish the MOOC. Their grades were also 0.29 standard deviations higher than for students in the control group.”

Here is (most likely) why this technique worked the best: after the students had reached their allotted time, the software blocked them from the distracting sites, and forced them to give a new reason every time they wanted to unblock one. The software also sent participants a daily email reminding them of the limit they’d chosen and asked if they wanted to reset it, but the average student only did so once. 81% of the people who tried this technique admitted that when this software was involved, procrastination became a lot less enjoyable. When you have to type in a reason as to why exactly you want to watch the video of the dog stumbling down the stairs for the eighth time, we can definitely see how that might make it a little less fun.

Taking all this into account, it should be noted that those who benefitted most from the anti-distraction software were also those who marked completing the course was “very” or “extremely” important to them. But that shouldn’t come as too much of a surprise. If a student is simply unmotivated, anti-distraction tools aren’t going to be able to help all that much. So could an app be the answer to your app addiction? It looks as though it very well could be.

Do you use any productivity apps that work for you? Share them with us in the comments below.

Cortney Clift
Cortney is the senior writer and special projects editor at Brit + Co. She typically covers topics related to women's issues, politics, and lifestyle. When she's not buried behind her computer you'll find her exploring New York City or planning her next big adventure.
Apps
Tech
Apps Productivity