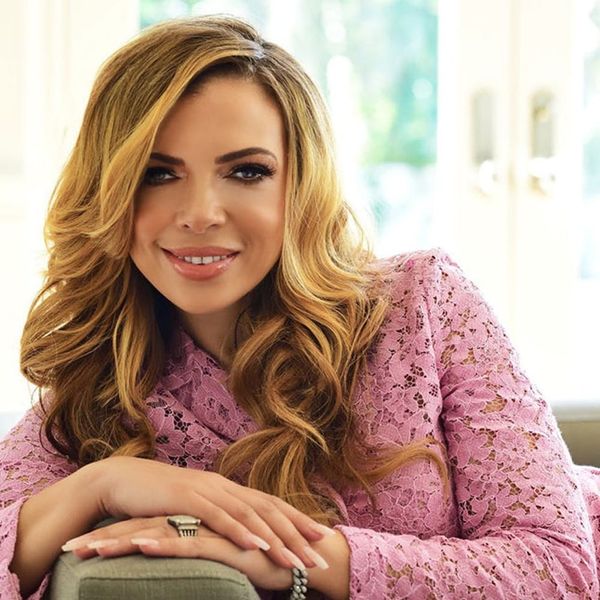 When Rainbow Edwards-Barris found out that her husband had successfully sold a TV show based on their family’s life to a network, she was mostly unfazed — at least in the beginning. Her husband Kenya Barris had been writing for years, and much of what he’d written previously had been inspired by their family. It seemed like just a matter of time until life in the Barris household would become the focal point.

In September 2014, it did happen. Black-ish premiered on ABC, and the fictional Johnson family — which was inspired by Kenya, Rainbow, and their children — became a staple of prime-time television. Edwards-Barris says she didn’t have a lot of input on her character (also named Rainbow and portrayed by Tracee Ellis Ross, who has since won a Golden Globe award for the role)… and she didn’t need it! Real life flowed naturally onto the television screen, and changes just didn’t seem necessary.

In 2017, Edwards-Barris began drawing inspiration from her own experiences as a wife and mom. She started the process of fulfilling a years-long dream of writing a book, taking on the role of Rainbow Johnson (her television counterpart) to pen Keeping Up With the Johnsons: Bow’s Guide to Black-ish Parenting ($18). Just as her husband has used Black-ish to share glimpses of their life with six children, Edwards-Barris opted to open up to readers about her personal parenting philosophies from the viewpoint of a quasi-fictional character.

“If people are fans of the show and they read the book, they’re reading about people they already have a connection with,” she says. “It’s allowed me to share some of the stories that Kenya hasn’t put on the show and that I think are helpful. I included different aspects of our life, but from my perspective and from Bow’s perspective, instead of from [the husband’s] perspective.”

Like her TV counterpart, Edwards-Barris trained as a doctor and worked in a hospital for many years. After giving birth to her sixth child and stepping away from full-time medical work, she decided it was time to pursue her own passion project of the book. During a recent move, Edwards-Barris even uncovered scribblings from 2009 on the torn-out pages of a planner, proof that her wheels were turning on Keeping Up With the Johnsons long before she actually put pen to paper. The finished product is the parenting book that she wished she’d had as a young mom.

“As I started to mature and get older and have more kids and a different experience than my mom, I realized that I was going to have to parent in a way that worked best for me and my family and kids, and that it was okay to do things in a nonconventional way,” Edwards-Barris says. “With this book, it was important for people to know that I believe, as a parent, that it’s always a learning process. I believe that my kids have actually been my greatest teachers.”

Finding time to write and edit Keeping Up With the Johnsons in the midst of parenting — and learning from — her six children was a challenge at times. When the process felt overwhelming, Edwards-Barris stepped back and tried to look at the situation as if she were helping one of her kids navigate a similar problem. She hired someone to type her stories as she told them, then pulled a few all-nighters in order to perfect the manuscript as it went through editing rounds.

The long hours and sacrifices were worth it, though, for the realization of the book in its colorful, chock-full-of-photographs physical form. Edwards-Barris hopes that it inspires parents to adapt to their children, embrace inevitable mistakes, and roll with the punches.

“I wish I had someone in my life who had said to me some of the things I’m expressing and talking about in this book — and what the show talks about as well,” she tells us. “I can’t think of a time when I’ve been more grateful and more appreciative of this opportunity and for being able to share different aspects and parts of our life.”

What lessons have you learned from your kids? Tweet us @BritandCo!

Alli Hoff Kosik
Alli Hoff Kosik is a freelance writer who is passionate about reading, running, rainbow sprinkles, her lipstick collection, watching embarrassing reality TV, and drinking pink wine. She lives in Brooklyn with her husband and (in her dreams, at least) three golden retriever puppies. Listen to her talk books on The SSR Podcast.
Books
Creativity
Books Celebrities Celebrity Parenting TV
More From Creativity