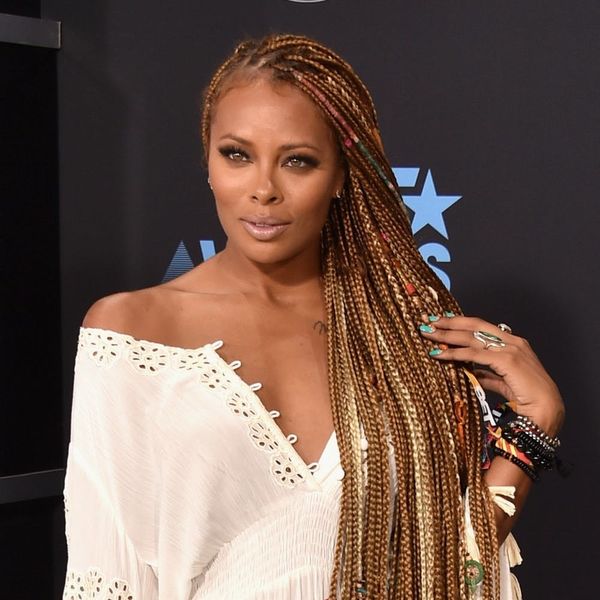 America’s Next Top Model winner Eva Marcille has had a pretty great 2017. After Bravo announced in October that the former soap star would be making regular guest appearances on The Real Housewives of Atlanta in season 10, she revealed in November that she’s expecting her second child. And on Christmas, she shared even more good news: She’s engaged to boyfriend Michael Sterling!

Marcille announced the engagement on Instagram, sharing a photo of herself showing off a killer manicure and a gorgeous diamond ring. “I said yes!!!!” she captioned the pic.

The actress-model first rose to fame in 2004 after winning cycle three of Tyra Banks’ ANTM. At the time, she went by Eva Pigford, but in 2006, she dropped her managers and changed her last name to Marcille — which is her middle name and a combination of her two grandmothers’ names, Marjorie and Lucille — in order to break into acting.

Since then, she has gone on to star in The Young and the Restless, Tyler Perry’s House of Payne, and Real Husbands of Hollywood, with appearances in I Think I Love My Wife, alongside Chris Rock and Kerry Washington, and Crossover, with Anthony Mackie.

This will be Marcille’s first marriage, although she was previously engaged to actor Lance Goss. Her baby boy, due to arrive in the new year, will join big sister Marley Rae McCall, whom she shares with ex Kevin McCall.

Do you have a holiday engagement story? Tell us about it @BritandCo!

Kat Armstrong
Kat has been a writer, social media maven and mom for longer than she's willing to admit. She's also spent time in front of and behind the camera, interviewing celebs, politicians and acting as a producer for fashion and artistic photography shoots. When she isn't writing for various orgs and publications, she's hanging with her kids, husband and French Bulldog, Peter, in Toronto, Canada.
Celebrity Engagement
Celebrity News
Celebrity Engagement Engagement Rings
More From Celebrity News