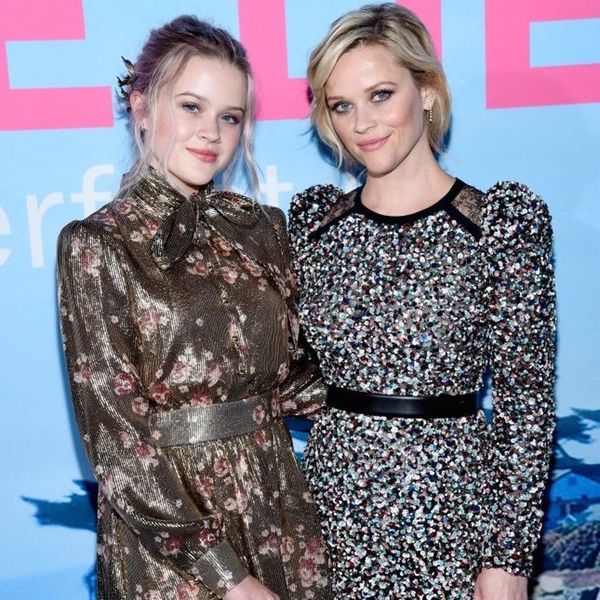 Reese Witherspoon attended the Big Little Lies Hollywood premiere with her daughter last night, and there seems to be a problem with the red carpet photos. Uh, which one is Reese??

Ava Phillipe, the 17-year-old daughter of Reese and ex-husband Ryan Phillipe (the two divorced in 2007), is her mother’s doppelganger through and through. The mother-daughter duo even wore similar styes for the red carpet: Reese in an Elie Saab minidress and Ava in a complementary gilded Haney. The two styled their hair in identical up-dos and, get this, they even pose alike!

Reese, who stars and executive produces the upcoming HBO miniseries, has two other children: 13-year-old Deacon (also with Ryan) and four-year-old Tennessee (with her current husband James Toth). Her sons also inherited their mother’s good looks, but Ava is a mirror image.

Also glamorous on the red carpet were Reese’s costars, Laura Dern, Zoe Kravitz, Nicole Kidman and Shailene Woodley. Big Little Lies is based on the best-selling novel by Liane Moriarty and premieres on HBO Feb. 19.

Who are your favorite celebrity doppelgangers? Tweet us @BritandCo!