Morning Buzz! Stranger Things Wins Best Show and Their Speech Will Remind You Why You Love Them So Much + More 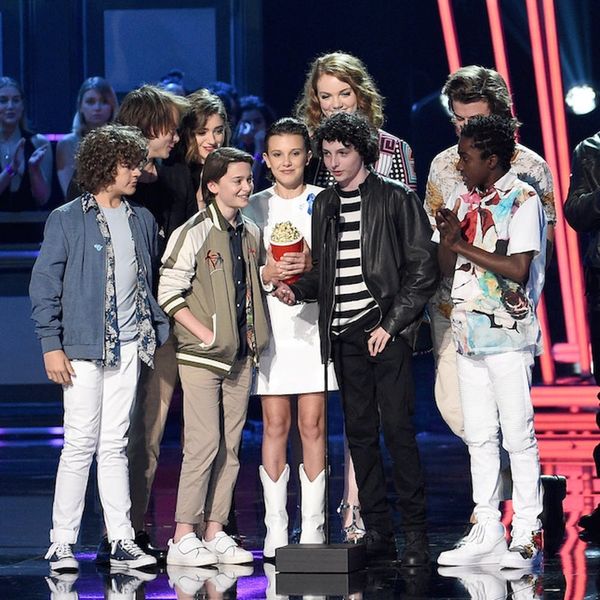 The Stranger Things kids make us sob and 13 Reasons Why makes things official for season two in this morning’s top news items. Check those and more out below in Monday’s Morning Buzz!

Seeing the @Stranger_Things cast with the @13ReasonsWhy cast at the #MTVAwards is too much for my heart to handle 💗 pic.twitter.com/pG19gJRBXJ

1. Stranger Things is the first show to win the Best Show award on the previously named MTV Movie Awards, now of course known as the MTV Movie and TV Awards. When receiving the top honor of the night, Finn Wolfhard, who plays Mike, thanked the shows creators for treating the young cast “like true collaborators and not just little kids.” SOB. As if the heart-tugging (and adorable!) speech wasn’t enough, the award was presented by the cast of 13 Reasons Why, making one of the best TV mash-ups of the year.

For the record, I wear what I want, when I want. News flash it's
MY body. #thankstho

2. Chrissy Metz shut down body shamers with the biggest virtual eye-roll ever and it was amazing. After her appearance at the MTV Movie and TV Awards in a blood-red latex dress, the This Is Us star must have received some unnecessary remarks about her appearance, because she tweeted the most perfect clap-back reminding haters that they don’t get a say in how she feels about herself. “For the record, I wear what I want, when I want,” she wrote. “Newsflash it’s MY body. #thankstho.” DEAD.

Their story isn't over. Season 2 of #13ReasonsWhy is coming. pic.twitter.com/nY5vTUfXdo

3. 13 Reasons Why has officially been renewed for a second season. Although there have already been some pretty substantial details teased for season two, the hit (and controversial) Netflix show was just officially renewed. The news was announced with a short teaser featuring memorable locations from the first season, like the school, the coffee shop, Baker’s Drug store, the Crestmont Theatre, and more. No date has been given, but you know we’ll be the first to tell you when there is one.

4. Twitter can’t decide who’s hotter: new French president-elect Emmanuel Macron or Canadian PM Justin Trudeau. LOL. Not long after Sunday’s election projections showed a Macron victory, Twitter was ALL over this one. “Let the Macron-Trudeau fan fiction begin,” user @jaimewoo tweeted. “Justin Trudeau has called Emmanuel Macron to concede in the race for Sexiest G7 Leader,” wrote Business Insider’s Josh Barro, while the @TrudeauGoogles parody account didn’t miss a beat with a quick “is macron hotter than me.” We’ve got years to figure this one out, y’all. (Photo via Jeff J Mitchell/Getty)

5.If bonkers Oreos flavors are your thing, why not make your own? The long-awaited Firework Oreos are available in stores TODAY, and with it comes the announcement that you can choose the next flavor. Ellie Kemper came up with mango-coconut, which, WOULD, and you can enter your own idea using the #MyOreoCreation #Contest hashtags. The prize is even sweeter than the cookie: $500,000 and “unprecedented fan access to top-secret Oreo creations.” YES PLEASE. (h/t People)

6. Quote of the day: “Empathy and the ability to use your imagination should have no limits.” Emma Watson gives props to MTV for their genderless award categories at the MTV Movie and TV Awards, where she won for best actor in a movie.

What do you think of eliminating genders in award categories? Let us know @BritandCo!