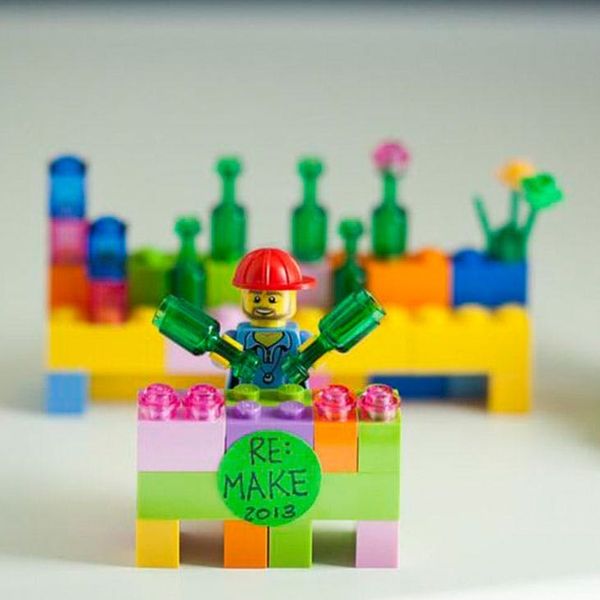 By now, you’re most likely familiar with our Re:Make conference that took place on October 4th and 5th in San Francisco. If you need a refresher, we’ve recapped the best of our event here, here, here, and here. There were DIY stations, awesome photo booths, delicious food, and more. Oh, and there were LEGOs galore. FIVE HUNDRED POUNDS of LEGOs, to be exact. Yes, we think that qualifies as “galore.”

Okay, why so many LEGOs? First, there is no such thing as too many LEGOs. Second, we needed them for a few awesome LEGO activities we had at Re:Make. On day one, we had a LEGO artist (yes, this job exists!) on site creating a giant Brit + Co. piece out of hundreds of LEGOs. You can check out the finished (and jaw-dropping) product above.

There was plenty of hands-on LEGO fun, too. Attendees on day one were greeted with LEGOs at their seats so that they could build and create throughout the conference. On day two, the folks at LEGO had their own Make Station full of… you guessed it, LEGOs. Kids AND adults had a blast making their LEGO dreams a reality. FYI: There is no maximum age limit for playing with LEGOs ;)

There were so many AMAZING creations from day one and day two. We had to pull some of our favorites to share with all of you! They’re pretty rad, aren’t they?

Bonus: Check out this slow motion LEGO video. Does it get any better than that?

What’s the coolest thing you’ve ever made with LEGOs? Let us know in the comments below!