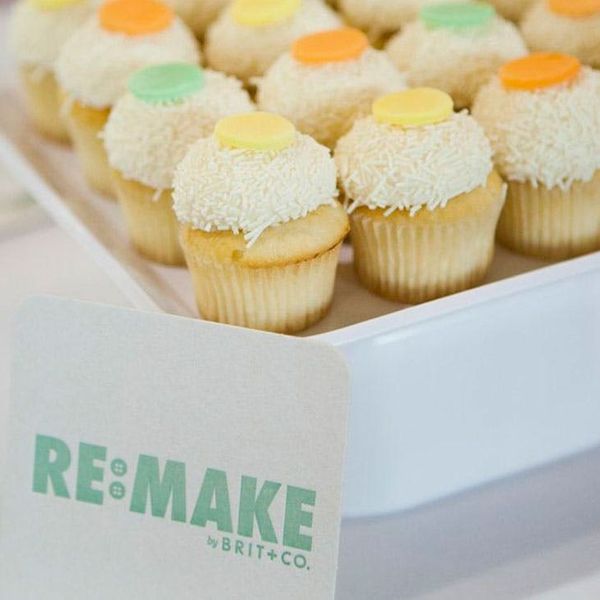 It happened. We hosted our first Re:Make conference this past weekend in San Francisco… and it was awesome! For those of you who couldn’t “make” it, we thought we’d put together a recap of a few of our favorite moments from the event.

On day one, we had makers from all walks of creativity take the stage to discuss how digital innovations are revolutionizing the way we make. (Ahem… hence the phrase “Re:Make.”)

Lumi, and a Pinner’s panel moderated by Brit + Co.’s very own Aaron De Simone. The fireside chats with Michelle Phan and Randi Zuckerberg were super fun and enlightening as well. But Chris Anderson may have stolen the show with his keynote about 3D Printing and “the next Industrial Revolution.” The crowd was buzzing over 3D printers all day long — and even got to play with some on site!

Jonathan Pogash. Bonus: Everyone got a tasting from chef Mina AND a fabulous drink made with Van Gogh Vodka after! Yep, that’s right. We served lobster at our conference. Not bad for a first event, eh? (Don’t go expecting this at every Brit + Co. event!)

Obviously, there were photos. A LOT of photos. In fact, we had not just one, but two photo booths on site. Attendees got to take ridiculously awesome pictures in both a slow-motion photo booth and a Giggle & Riot photo booth, complete with Benefit Cosmetics props.

Beyond the lobster and free cocktails, there was also a lot more free food.

It was so fun to watch everyone contribute to Velcro Brand’s Inspiration Alley during a project break. We kept this piece up during day two of Re:Make as well.

Oh, and we had a new friend show up. Confession: he’s a robot.

We even had a “projecting break” where everyone had a chance to make some Brit + Co. nail string wall art. It was so rad watching hundreds of women pick up a hammer. Rock on, ladies!

We watched a LEGO Artist create a site-specific piece out of hundreds of LEGOs. More on that later, but let’s just say, it was totally amazeballs!

Oh, and did we mention there were more GIANT BALLOONS from Studio Mucci?! These got Instagrammed like woah. #lovethem

No detail was overlooked. Even our electric sockets were washi taped!