Rihanna Kissed Drake on Stage and It Was Everything 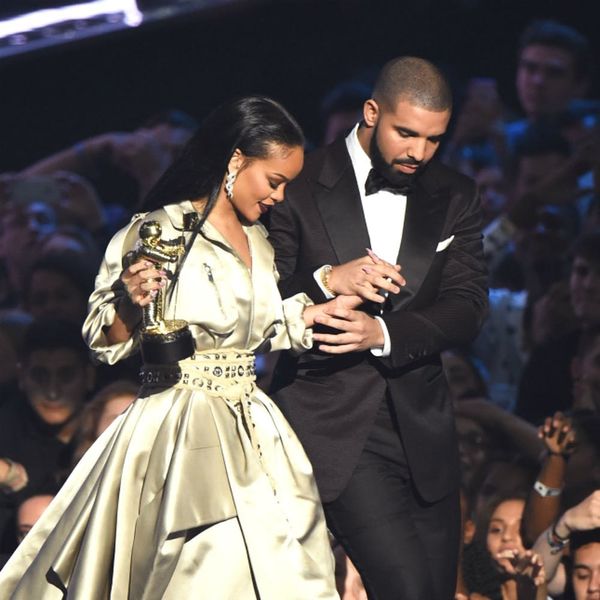 Stop the presses! After literal years of speculation, we’re pretty sure we have confirmation of the true romance between Drake and Rihanna. After his emotional speech at the VMAs this past Sunday, we were all wondering why Aubrey was getting so emotional, even after Rihanna burned him, and now, it looks like it’s because after years of teasing, the couple is truly on.

During the rapper’s Miami tour stop, Drake surprised the audience by bringing Rihanna on stage to sing with him, and then, it happened — the kiss that sealed the deal for everyone. While she was singing her hit “B**ch Betta Have My Money,” Drake tenderly kissed her shoulders. Then, after they performed (before her single — they did “Work” together), they hugged and kissed like only a ~true couple~ would.

There have been no statements on this, because their on-stage antics speak for themselves. This leaves us wondering if, yknow, every one of Drake’s songs has been about Bad Gal RiRi. We mean, it makes sense, right? He has been in love with her since he was 22.

While we are slightly surprised that Rihanna was so open about this kiss, since she was so against one at the VMA’s over the weekend, we’re wondering if maybe that was the turning point in their relationship and their readiness to finally go public is for real this time.

Hopefully, this leads to more singles, because the two of them make swoon-worthy music and they look pretty adorable together.

What do you think of Drake and Rihanna’s onstage kiss? Tell us @BritandCo!