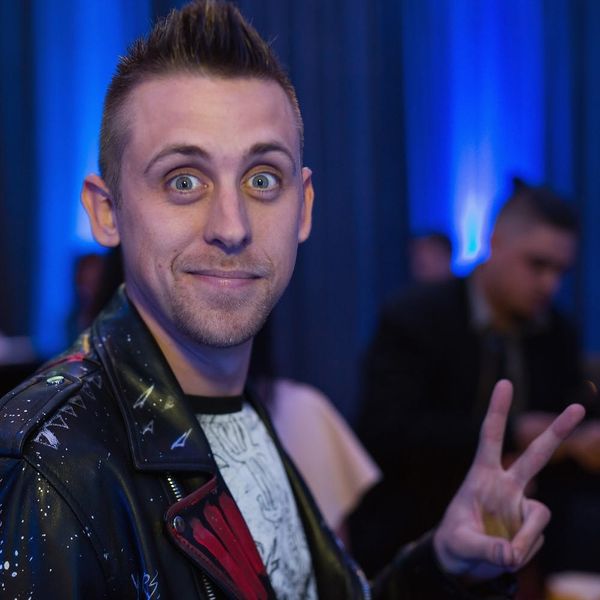 We all have our big dreams: larger-than-life people we’d like to meet, incredible places we’d like to visit (Harbin Ice Festival, anyone?), and bucket list items that we’re just itching to actually do ourselves. The only thing better than having our own dreams realized, though, is watching other people live theirs — and YouTube Red’s soon-to-debut original series Roman Atwood’s Day Dreams gives viewers the opportunity to do just that.

If the name Roman Atwood doesn’t ring a bell for you, we should probably start there. The vlogger’s wildly popular YouTube channel has racked up nearly 14 million subscribers, all of whom can follow along on his everyday adventures in family, relationships, pets, and more. He signs off of every vlog with the saying, “You’re one of a kind. Smile more,” elevating what otherwise feels like a pretty standard look at an everyday family’s life to a brand of empowerment and positive messaging.

Atwood started his rise to YouTube fame in 2010, when he began filming videos of pranks. He started regular vlogging in 2013 and bills his channel as both family- and kid-friendly. Roman Atwood’s Day Dreams is the next chapter of the YouTuber’s journey, and it focuses on working against challenging odds to ensure that Atwood’s most cheer-deficient fans get a chance to see their dreams become a reality.

Each episode of Day Dreams — which will roll out on YouTube Red later this month — features an amazing surprise pulled off by Atwood, his family, and a team of volunteers. Here are just a few of the dreams you’ll see come to life in the series:

The internet is a pretty negative place these days, so we’re certainly excited to be able to anticipate a show that’s all positive vibes, all the time. Thanks, Roman, for making our dreams come true with this upbeat series!

Alli Hoff Kosik
Alli Hoff Kosik is a freelance writer who is passionate about reading, running, rainbow sprinkles, her lipstick collection, watching embarrassing reality TV, and drinking pink wine. She lives in Brooklyn with her husband and (in her dreams, at least) three golden retriever puppies. Listen to her talk books on The SSR Podcast.
YouTube
Creativity
YouTube
More From Creativity