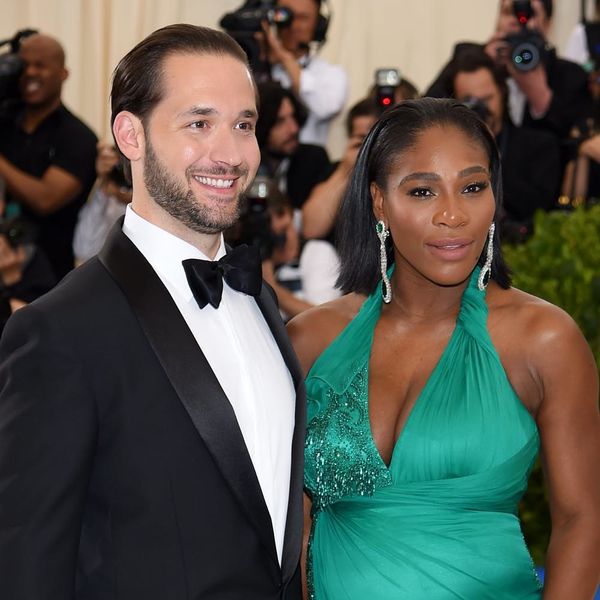 Serena Williams is a mom! The 35-year-old tennis champ has given birth to her first child, a baby girl, with fiancé Alexis Ohanian, E! News and ESPN report. According to Florida news station CBS12, she was induced on Thursday night. Local producer Chris Shepherd, who first tweeted the birth, noted that “mom and baby [are] doing well.”

The couple first announced the pregnancy by accident back in April when Williams uploaded a photo of her baby bump to Snapchat by mistake. “I have this thing where I’ve been checking my status and taking pictures every week to see how far along I’m getting,” she explained during a TED conference in Vancouver. “I was just saving them [for myself]. I’ve been so good about it, but this was the one time it slipped.”

Since spilling the beans, the tennis pro and her groom-to-be have been plenty open about the pregnancy, with the Wimbledon champ posing nude for the cover of Vanity Fair and Ohanian dishing on his fiancée’s uber-healthy late-night cravings of zucchini, asparagus, and artichoke.

One thing she managed to keep semi-secret, however, was the baby’s sex (despite reports that sister Venus had leaked it early on by using the pronoun “she” in an interview).

As the 35-year-old explained in an Instagram post, she’s been bribing her sisters for favors by promising to name her baby in their honor, which is why Venus used the female pronoun. “I think the surprise of knowing what you are going to have on that very special day you give birth is prob the best surprise you can ever have!” she wrote.

Would you prefer to be surprised or find out the sex beforehand? Tell us over @BritandCo.