Shannen Doherty’s Message About Luke Perry Will Break Your Heart 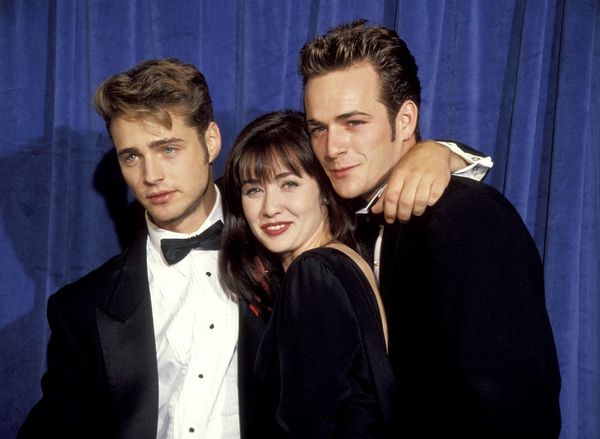 In the wake of Luke Perry’s tragic death at the age of 52 on Monday, March 4, friends, fans, and fellow actors have been sharing their memories of the Riverdale and Beverly Hills, 90210 star online. Several of his former costars took to social media immediately after the news broke, but others, including Shannen Doherty, needed more time to grieve the loss privately. On Tuesday, Doherty paid tribute in an Instagram post — and what she wrote will break your heart.

“Yesterday morning I got a phone call that devastated me. I’m struggling with this loss and am having a hard time with my thoughts,” the actress captioned a series of photos of herself with Perry. “But, my heart goes out to his family and friends who were blessed by his light in their (and mine) lives. Processing this is impossible right now.”

Doherty starred on Beverly Hills, 90210 as Brenda Walsh, opposite Perry’s Dylan McKay, Brenda’s on-again, off-again love interest during the first four seasons of the popular series. Doherty told People that they drifted apart after the show ended but reconnected when Perry reached out after her breast cancer diagnosis.

“Luke was a smart, quiet, humble, and complex man with a heart of gold and never-ending well of integrity and love,” she told the magazine. “Luke reached out to me during my cancer journey and we picked right back up, albeit older and wiser, but that connection remained in tact.”

Indeed, that connection is evident in Doherty’s earlier posts about Perry. On February 28, after he suffered his stroke, she shared a photo of the pair from their 90210 days on Instagram, writing, “My friend. Holding you tight and giving you my strength. You got this.”

A few days later, she told Entertainment Tonight that she had been in touch with Perry after his stroke. “I can’t talk about it here ’cause I will literally start crying, but I love him and he knows I love him,” she said at the time. “It’s Luke, and he’s my Dylan.”

Our hearts go out to Doherty and all of Perry’s loved ones during this sad time.