These Makers Are Turning Hateful Flyers into Something Awesome 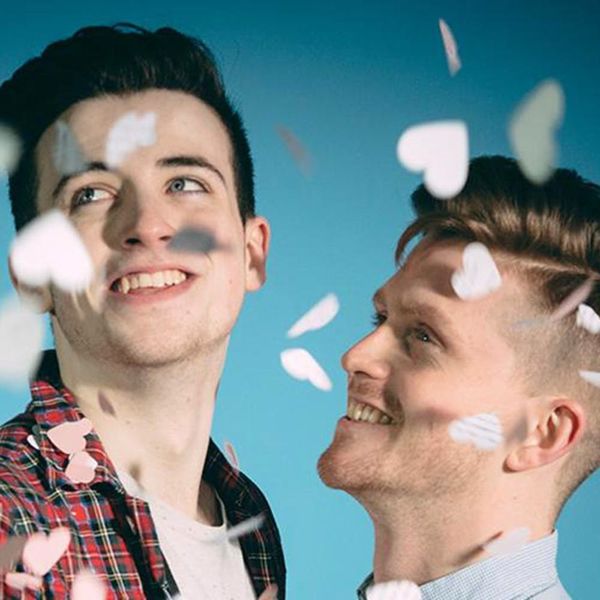 A party without a little (or a lot) of confetti is a seriously lame event. There’s a Dublin, Ireland-based paper shop that totally agrees with that sentiment and it is making the party starter staples in one of the most creative + purposeful ways we’ve ever seen.

Daintree Paper recently launched a new product, A Shred of Decency “confetti made from 100% recycled lies.” The campaign is turning anti-marriage equality pamphlets into confetti leading up to May’s same-sex marriage referendum in Ireland. Rothco Agency’s Stephen Rogers, the company who is behind the idea, told BuzzFeed News the purpose behind the campaign. “We decided that this was an opportunity to take this awful literature and turn it back on itself, to help create a positive message in the run up to the referendum.”

The company is primarily feeding its shredders with flyers through drop offs at their shop. But, as everyone knows, the Internet is filled with hate too so the shop is encouraging people to use the hashtag #shredthistweet so they can print it + shred it. Eliminating hate and turning it into a loving celebration one tweet at a time? We’re into it, Daintree.

Those looking to get their hands on some confetti to take the hate out of Ireland’s marriage equality debate can purchase a bag from the shop for €5 — about $5 — for your next party or even a wedding. All proceeds will go to Yes Equality, an organization promoting marriage equality in the country. This aspect of the campaign is brilliant because not only will you be fighting hate with love — and sharing it on social media — but you’ll also be opposing that hate in a peaceful way. Stephen echoed that to BuzzFeed News, “In a nice twist, the extreme no are supporting the Yes Campaign with their horrible lies.”

We love makers doing things for a great cause. Now, what paper shop wants to make an equivalent version for the Supreme Court hearings later this month? We can never have enough confetti, ever ;)

What are your thoughts on these makers turning hate into love? Let us know in the comments.