Some Millennials Still Don’t Understand What Defines Sexual Assault, According to a New Study 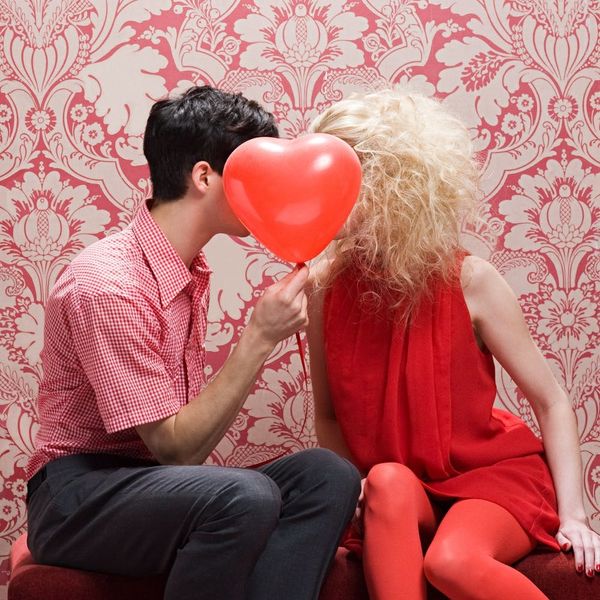 According to the Rape, Abuse & Incest National Network (RAINN), 54 percent of victims of sexual assault are between the ages of 18 and 34, and one out of every six women and girls are victims. In total, someone in the US is sexually assaulted every 98 seconds. But despite the fact that sexual assault and rape happen every day — especially to women — a recent study shows that some millennials still aren’t entirely clear on what that means.

The study‘s findings, obtained by the National Sexual Violence Resource Center (NSVRC) in conjunction with YouGov, raises serious concerns about the state of sex consent education and awareness. If people aren’t fully informed about what sexual assault is and isn’t, it can lead to victims not understanding their own assault, and of course means that those who commit assault might not even realize they’re victimizing others.

But on the whole, the study found that 18 to 34-year-olds were less aware of different kinds of sexual violence than older adults.

For instance, just 46 percent of 18 to 34-year-old adults believed that unsolicited sexual comments are sexual violence, and only 56 percent thought that watching someone in private without their consent counts as sexual violence. Perhaps most alarmingly, just 65 percent of people between 18 and 34 believed that having sex with someone who is under the influence is sexual violence. This number was much higher for older adults 55 and over: 82 percent in this age group felt having sex with someone who is intoxicated is assault.

Alcohol is involved in a startling percentage of rapes and sexual assault, particularly among college students. According to a 2015 study from the National Council on Alcoholism and Drug Dependence, 90 percent of “acquaintance rape and sexual assault” on college campuses occur when either or both of the assailant or victim have been drinking. But based on the findings of the NSVRC study, there’s a significant portion of millennials who feel that assaults that occur while the victim is intoxicated aren’t assaults at all.

Samantha, a 24-year-old who currently lives in New York City, was assaulted by someone she knew in college after both of them had been drinking and smoking weed. Samantha tells us that although she told the assailant “no” at least once, he persisted, and assaulted her without a condom.

But now, Samantha tells us she feels differently about what happened. She says that reading about assault has led her to realize and understand that “no means no, no matter the circumstance.”

Claire, who is 39 and lives in Colorado, had a similar experience. Claire tells us that she was assaulted her freshman year of college after both she and the assailant — a guy she’d been dating at the time — had been drinking. Claire tells us that, after briefly passing out, she woke up to find the man attempting to have sex with he and made him leave her bed. He then tried to assault her roommate; Claire broke things off with him the next day.

Claire says that at the time, she didn’t think what happened to her was assault and that it was difficult to process what he had done. But, like Samantha, she feels differently about all of it now. “What happened was clearly date rape,” Claire says, adding that she doesn’t blame herself for what happened anymore.

Laura Palumbo, the Communications director for NSVRC, tells Brit + Co over email that the organization’s recent study shows that “there is much more work needed to be done to help individuals understand what constitutes sexual violence.” This means that while advocates work toward awareness and education, there are also things we can do to support one another when someone experiences sexual violence.

If you are sexually assaulted, surround yourself with supportive people who will believe you, listen to you, and not pressure you to take any action that you don’t want to take. If a friend or someone you know opens up about an assault, be patient, listen to them, offer your support, and above all: Believe them if they say they’ve survived sexual violence. We clearly have a long way to go where it comes to awareness; in the meantime, we need to be there for each other.

For further resources on sexual assault prevention, awareness, or supporting a survivor of assault, visit RAINN or a Rape Crisis Center near you.

What do you think about this study’s findings? Tell us on Twitter @BritandCo.