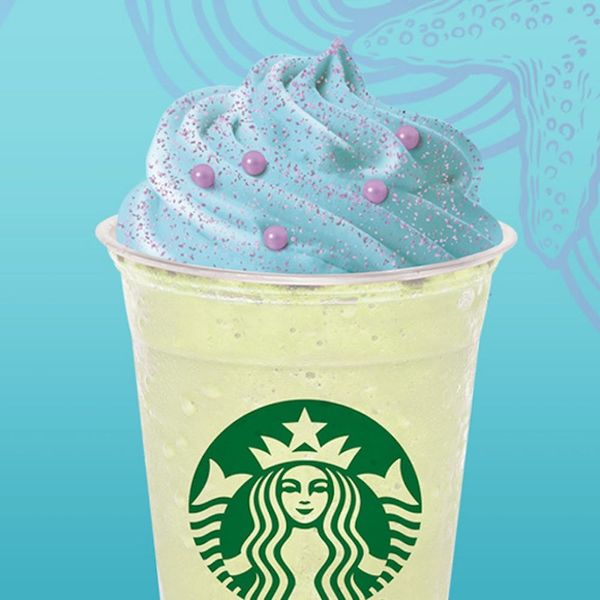 Now that the internet has (just barely) recovered from the earth-shaking, life-changing, viral frenzy that was the Unicorn Frappuccino, it’s time for a new mythical creature-inspired drink to emerge. And the creature Starbucks has chosen is actually the mascot featured on their label. That’s right; they’re coming out with an official Mermaid Frappuccino.

If you recall, in the hazy aftermath after the unicorn drink’s limited run was finished back in April, customers still craving colorful, magic drinks asked willing baristas to whip up some unofficial mermaid frapps.

So what’s in it? Well, it starts with a green melon crème base and is then topped with blue whipped cream, blue and pink sugar crystals, and shiny violet sugar pearls. The seriously Instaworthy beverage is available starting today, August 24, and will only be around for a week.

If you can’t make it to Mexico before supplies run out (which will probably happen pretty quickly, if past limited drinks are anything to go by), you could always try to tame your mermaid appetite with a pretty Mermaid Smoothie Bowl.

What do you think of the mermaid frappé? What drink do you want to see next? Tell us @BritandCo!

Shea Lignitz
Shea can be found in the nearest bookstore or brewery, exploring the great outdoors, or blasting Led Zeppelin. She grew up in the cold and rain of Northern California's redwoods but is currently wandering around Texas.
Starbucks
Food News
Starbucks
The Conversation