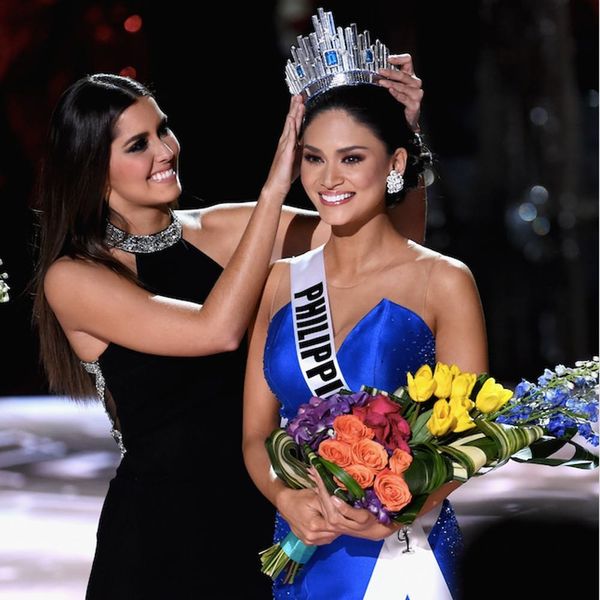 Is there a word for a face palm combined with a cringe? Whatever it is, that’s basically what happened to us after Miss Universe pageant host Steve Harvey accidentally called out the wrong winner’s name at last night’s big event.

The contest went without a hitch until its BIG MOMENT — the crowning — where funnyman Harvey mistakenly announced Miss Colombia, Ariadna Gutierrez, as the winner. But in fact, Gutierrez was actually the runner up, and the crown belonged to Miss Philippines, Pia Wurtzbach. Miss Colombia had already been crowned (literally) by last year’s winner when Harvey realized his gaffe.

The mistake was super embarrassing for everyone involved, and it was more than a little awkward to see the crown transferred from Miss Colombia to its rightful winner after Harvey announced his error. But the whole event also went to show us something we could ALL stand to remember: that when you make a major workplace blunder, it’s best to own up to your mistake.

I'd like to apologize wholeheartedly to Miss Colombia & Miss Philippines for my huge mistake. I feel terrible.

Afterwards, Harvey took to Twitter to apologize profusely for the embarrassing mistake. While it would have been super easy for him to throw someone else under the bus, blaming his cue cards or the stage lighting or just about ANYTHING, his decision to step up and accept the blame served to make the whole cringe-inducing incident a little less painful. After all, we’re only human — even Steve Harvey.

What do you think of Steve Harvey’s apology? Tweet us your thoughts @britandco!

Kelli Korducki
Kelli is Brit + Co's Senior News Editor. Her interests include sensible footwear and glasses that take up 25 percent of her face.
Work