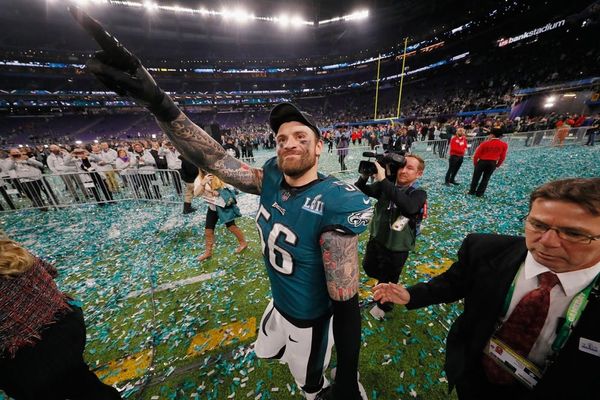 Whenever a team wins the Super Bowl, an invite to the White House is extended to the winning team. While this has been a source of pride for many athletes over the years, several of this year’s winning team, the Philadelphia Eagles, have already committed to not attending the honorary visit — including defensive end Chris Long, who has had a longstanding commitment to social justice.

At the beginning of their now-winning season, Long announced he would be donating his entire salary to educational charities through his own charity, the Chris Long Foundation.

“In my 10th year, I want to celebrate the awesome opportunity I’ve had to play football by giving back to the communities that have given me that gift,” Long said in a statement. “Educational opportunity and equity are the best gateway to a better tomorrow for everyone in America.”

Long’s activism doesn’t stop with his charity, however. Long has a history of standing with fists raised during pre-game national anthems in support of NFLers who chose to take a knee in protest of anti-Black violence. Long and fellow Eagle Malcolm Jenkins have also visited with Pennsylvania state lawmakers to discuss criminal justice reform.

Now, in light of their Super Bowl win, Long, Jenkins and wide receiver Torrey Smith will all be skipping their team’s visit to meet with the President, with Smith telling reporters before the game: “They call it the anthem protest. We’re not protesting the anthem. It’s a protest during the anthem. I understand why people are mad or may be offended when someone takes a knee.” None of the Eagles knelt during the national anthem during the game, however.

This won’t be Long’s first boycott of Washington, DC either. He played for 2017 Super Bowl champs, the New England Patriots, and refused to attend their winning celebration then, too.

Before the game yesterday, the president released a statement that specifically addressed respect of the national anthem. “Though many of our nation’s service members are unable to be home with family and friends to enjoy this evening’s American tradition, they are always in our thoughts and prayers,” Trump’s statement read.

What do you think of the Eagles’ ongoing social justice work? Let us know @BritandCo!

Kat Armstrong
Kat has been a writer, social media maven and mom for longer than she's willing to admit. She's also spent time in front of and behind the camera, interviewing celebs, politicians and acting as a producer for fashion and artistic photography shoots. When she isn't writing for various orgs and publications, she's hanging with her kids, husband and French Bulldog, Peter, in Toronto, Canada.
Super Bowl
Current Events
Super Bowl