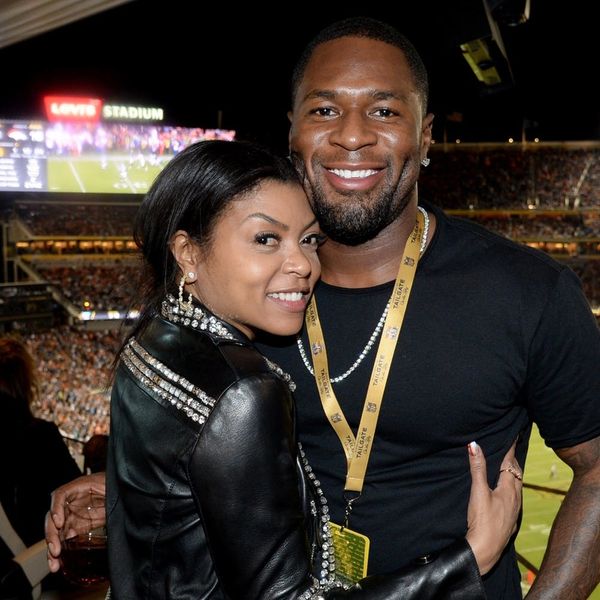 Taraji P. Henson just got the surprise of a lifetime! During Mother’s Day yesterday, while other celebs were waxing poetic about their moms, wives, and partners, the mother of one was not only received 2016’s most googled piece of jewelry in the world (aka the Cartier Love bracelet), she also got a little extra something… in the form of an engagement ring!

The Empire star took to Instagram this morning to share the good news. Posting a shot of the gorgeous solitaire diamond, she wrote, “I said yes y’all!!! He started with the Cartier Love bracelet BUT that was my #MothersDay gift and then he dropped to his knee and I almost passed out!!!”

I said yes y’all!!! He started with the Cartier love bracelet BUT that was my #Mothersday gift and then he dropped to his knee and I almost passed out!!! 😩😩😂😂😂#sheisofficiallyoffthemarket and she is sooooooooooooo HAPPY!!!!!! #GODIS 💍💋💋💋

She followed it up with a sweet caption, writing, “#sheisofficiallyoffthemarket and she is sooooooooooooo HAPPY!!!!!! GODIS”

Henson confirmed her two-year relationship with NFL player Kelvin Hayden this past December. “You know, I’m not the type to blast my personal business, but I think it’s important for people to know that I’m happy. I’m very happy. I just am,” she said on an Essence podcast, Yes, Girl.

What do you think of Taraji’s ring? Share with us over @BritandCo.

Nicole Briese
Nicole is the weekend editor for Brit + Co who loves bringing you all the latest buzz. When she's not busy typing away into the wee hours, you can usually find her canoodling with her fur babies, rooting around in a bookstore, or rocking out at a concert of some sort (Guns N' Roses forever!). Check out all her latest musings and past work at nicolebjean.com.
Celebrities
Wedding Style
Celebrities Celebrity Couples Celebrity Engagement Engagement Engagement Rings
More From Wedding Style