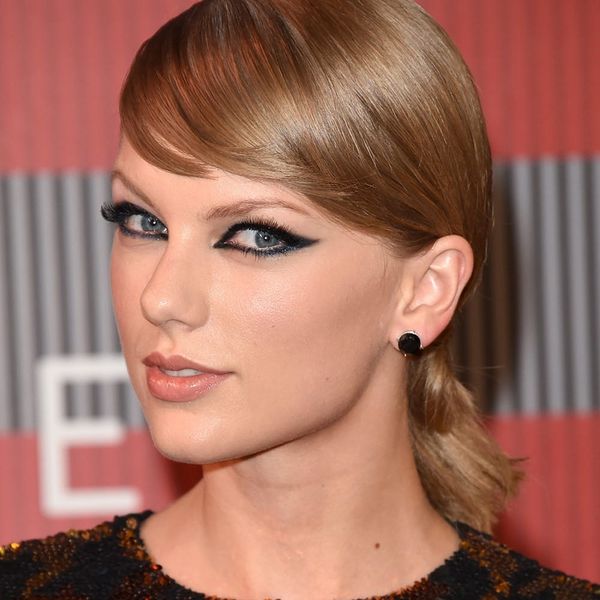 While Taylor’s hairstyle has definitely changed over the years, her hair color has remained constant. She’s skipped right over the rainbow hair trend that’s taking over Hollywood and stayed true to her dusty blonde locks. However, it looks as though she’s temporarily ditched her classic color for her new music video, Wildest Dreams.

The video, which just premiered on MTV’s VMA Preshow, didn’t exactly match “Bad Blood” levels of music video epicness, however it is making us think about scheduling an appointment with our hair stylist.

Taylor (who has already won a Moonman tonight for “Best Pop Music Video”) seems to be channeling Elizabeth Taylor in the old Hollywood inspired vid. We watch as she has a tortured on-screen love affair with Clint Eastwood’s son, Scott Eastwood. They fall in love, fight and stir up a lot of drama on set. We wouldn’t expect anything less from a T. Swift cinematic adventure.

While everything is visually stunning (as per usual in her videos) we can’t help but drool over the different hair color. Here’s to hoping this trial run inspires the pop star to rock the look on a more permanent basis.

What do you think of Taylor’s new look? Share with us in the comments below.

Cortney Clift
Cortney is the senior writer and special projects editor at Brit + Co. She typically covers topics related to women's issues, politics, and lifestyle. When she's not buried behind her computer you'll find her exploring New York City or planning her next big adventure.
Taylor Swift
Party
Taylor Swift