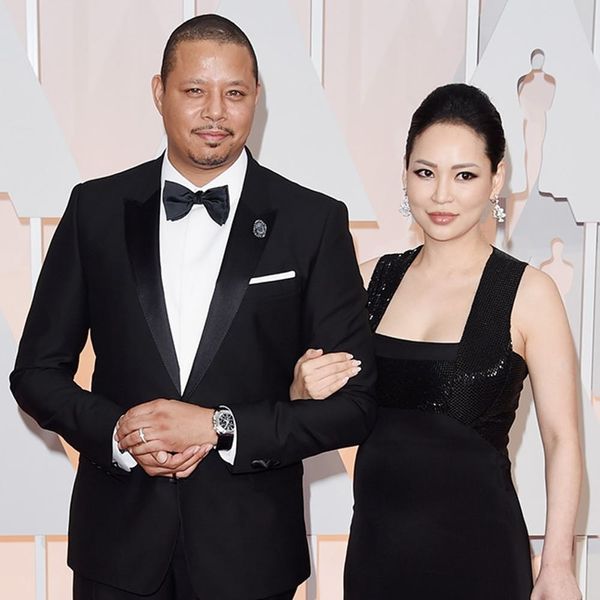 If you thought Bar Refaeli had her hands full with her first child, or Megan Fox and Brian Austin Green did after welcoming baby #3 into the world earlier this week, Terrence Howard just trumped them both: He and longtime love Miranda Pak welcomed their second child together on Friday night, making that five kids in total for the Oscar nominee!

Terrence and Miranda, who tied the knot back in 2013, then split, then reunited (these two really need their own reality TV show!), showed off their renewed love on the Emmy Awards red carpet last year, and have pretty much been inseparable ever since. Now, in addition to celebrating their second chance at love as the parents of one-year-old son Qirin Love, they have yet another li’l something to celebrate, and we’re basically obsessed with his super cool name.

Introducing Hero, the couple’s second bundle of joy! Terrence shared the exciting piece of news on Twitter, posting a photo of his two young sons in an embrace that will melt your heart. “Hero being held by Qirin,” he wrote in the caption.

The couple surprised everyone when they walked the red carpet at Empire‘s FYC ATAS event together back in May. Forgoing a traditional pregnancy announcement, they chose to let Miranda’s baby bump do the talking, and the rest, as they say, is history.

The 47-year-old Empire star is also a proud papa to Heaven, Aubrey and Hunter: Can we just talk about what a knack Terrence has for choosing the coolest baby names ever?

What do you think of the name “Hero?” Tweet us @BritandCo.