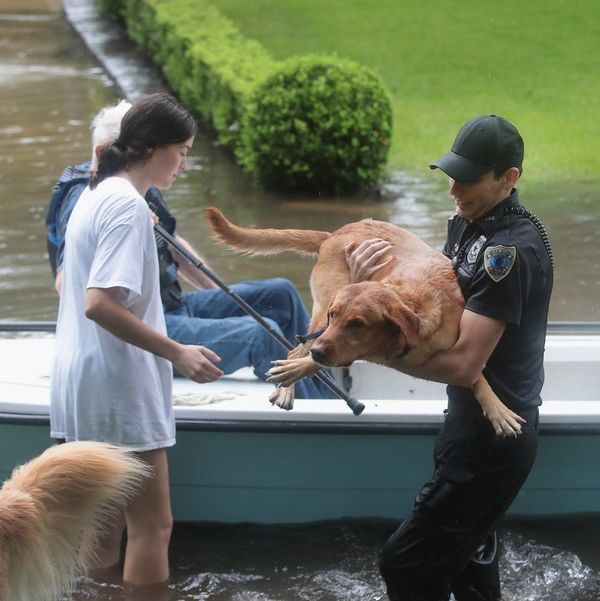 By now we’ve all seen the terrifying weekend flood photos from Texas, which has been slammed by the first Category 4 hurricane to hit the US since Katrina devastated Southern Louisiana in 2005.

The rainfall and flooding aren’t nearly over. By this Friday, “Isolated storm totals may reach 50 inches over the upper Texas coast, including the Houston Galveston metropolitan area,” reports CNN. The affected area is the fourth-largest metro region in the entire country, which means that the scale of this disaster is really, really big.

Federal officials have predicted that Tropical Storm Harvey could drive as many as 30,000 people into shelters and send some 450,000 storm victims to pursue disaster assistance. By this point, you’re probably asking yourself what you can do to help the victims. One easy answer is to send a bit of cash to a charity that’s doing work on the ground in Texas right now. But which one?

Maybe you’re considering sending a donation to one of the nation’s better-known disaster relief organizations, like the American Red Cross. Here’s why that might not be the best idea.

In the aftermath of Hurricanes Sandy and Isaac in 2012, reporters at ProPublica and NPR teamed up to do an in-depth investigation on how impactful the Red Cross’s disaster relief outreach was in areas affected by those storms along the country’s eastern and gulf coasts. What they found was pretty unimpressive, and suggests you’re better off finding a smaller local charity to send your money to.

On Sunday, New Yorker magazine staff writer and Houston native Jia Tolentino tweeted a great list of locally based organizations that are working within communities to feed, clothe, diaper, and house the people — and pets! — who need assistance in Greater Houston:

The Texas Diaper Bank fills in a HUGE gap of service during disaster relief: https://t.co/eVVqPsqggN

Portlight is a local grassroots organization that provides disaster aid to the disabled specifically: https://t.co/2rfFhqNKo5

And there are big organizations on the ground in Houston too, like Southern Baptist Disaster Relief https://t.co/qSAHAybFNx

Many fellow Houston natives praised Tolentino on Twitter for her specific shout-outs — and when locals are nodding their heads in agreement about an organization’s positive impact, it’s usually a good sign.

Figuring out the best charity for your disaster relief dollars can be kind of stressful, but you CAN make a difference. Let’s all be kind to each other, and remember that we’re all connected.

Which disaster org are you donating to? Shout it out on Twitter, and tag us to let us know @BritandCo!